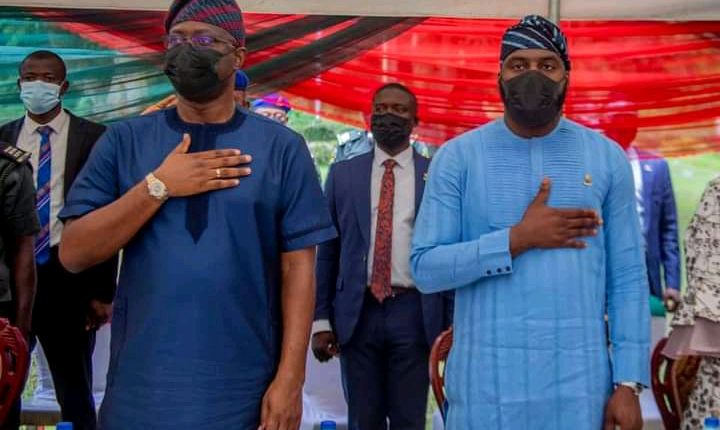 The Oyo State House of Assembly has given its nod to Governor Seyi Makinde to access N18.7bn Federal Government Bridge Facility meant to cushion the effect of Covid-19 pandemic in the State.

The request was contained in a letter forwarded to the State legislature by Governor Seyi Makinde and read during Monday’s plenary by the Speaker, Hon Adebo Ogundoyin.

President Muhammadu Buhari approved the bridge facility for all the 36states of the Federation and it will be accessed from the Central Bank of Nigeria, CBN.

It was meant to give support to States following the resumption of monthly deductions for the repayment of their various loan facilities.

Recall that the federal government had earlier suspended the monthly repayment of the loan facilities by States due to the effects of Covid-19 pandemic.

The N18.7bn which will be disbursed in six tranches (6months instalment) of N3.1bn each is expected to be repaid monthly for 30years (360 months).

The lawmakers in their comments on the request agreed that such loan facility from the federal government was necessary and timely as many States recorded huge loss during the pandemic.

According to Hon Akeem Adedibu (Chief Whip), Hon Babajide Gabriel (Ib. North 2), Hon Bamidele Adeola (Iseyin/Itesiwaju) and Hon Ayo Fatokun (Akinyele 1), since all the States are to access the loan facility, Oyo State should not be left out.

They however urged the State Government to expend the loan on developmental projects selected across all the senatorial districts in the State.

In his reaction, the Minority Leader, Hon Asimiyu Alarape who also suggested that the loan facility be used to develop key sectors, nonetheless urged the State Government to be wary of the consequences of too many loans.

The Speaker, Hon Adebo Ogundoyin said it was thoughtful of the Government at the center to give financial support to the State Governments considering the scale of projects lined up in the various States.

Hon Ogundoyin assured that the House through its Committee on Public Account and Appropriation will perform its oversight function by monitoring the accessing and the spending of the loan in order to ensure that it is used to enhance the infrastructural development of the State.