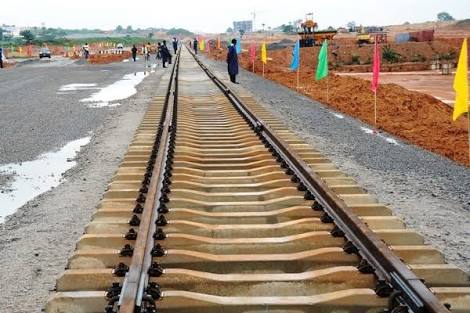 The federal government of Nigeria has debunked reports going round in the news that it is planning to construct a rail line into the Niger Republic.

Presidential spokesperson, Garba Shehu made this disclosure on Thursday, September 24, adding that plan was to construct the rail line up to the border Nigeria shares with Niger and not into the country itself.

He made the clarification in response to the unabated criticism that continued to trail reports that the federal government had approved $1.96bn for the construction of a rail line to link Kano, Dutse, Katsina, and Maradi in Niger.

Shehu in a series of tweets via his twitter handle, @GarShehu claimed that Nigeria would only construct the rail line to the border it shares with Niger in Maradi.

He said the rail was being built to harness raw materials, mineral resources, and agricultural produce.

The spokesperson explained that when completed the rail will serve domestic industries and enhance the role of a viable transportation backbone to the West African subregion.