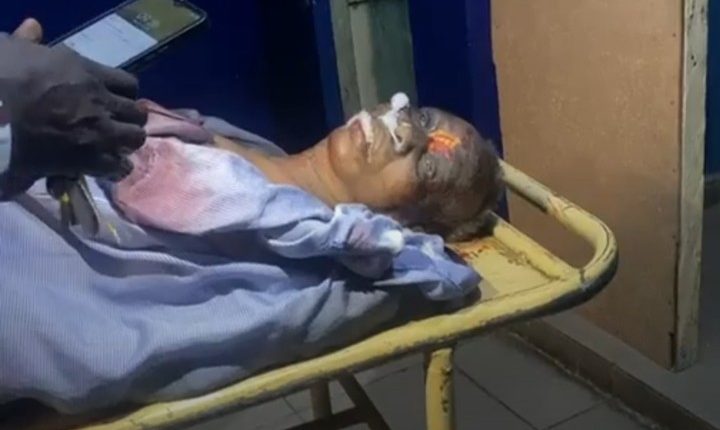 There was a mild drama this morning at Ibadan Central hospital Ososami area of Ibadan following an allegations that some parts of a corpse were removed overnight.

People in their large number while reacting to the sad incident blocked the entrance of the street where the hospital was located shouting for justice.

It was gathered that the body of a 91 year old woman, Rachel Osuntolu that was admitted in the hospital over a week ago was tampered with after her demise on Sunday morning.

Some children of the nonagenarian explained that they left the hospital at around 8:00 in the evening of Sunday with the plan of taking the corpse to a morgue this morning.

They said further that they were all surprised when they saw some blood on the floor of the room where the corpse was kept while some pounds of flesh on the woman’s forehead and arm had been removed.

Pressmen also made efforts at speaking with the head of administration of the hospital Oluwaseun Hastrup but she refused to comment on the situation.

While reacting to the incident, the state Police Public Relations Officer, SP. Adewale Osifeso said he was yet to be briefed on the incident.

However, the divisional police officer of Iyaganku and his team were on ground to prevent breakdown of law and order.

PDP Crisis: Nobody Can Remove Me As Chairman- Ayu