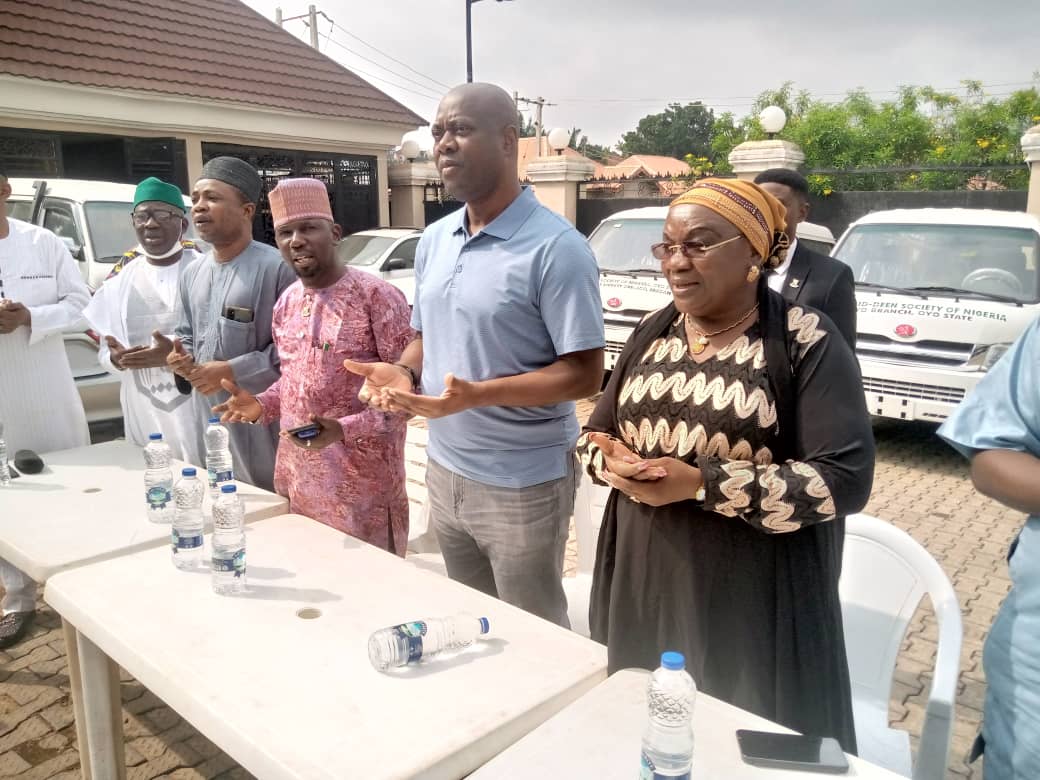 EXCLUSIVE: Why Would I Work To Enthrone A Government And Stay Back?

The former Speaker of Oyo State House of Assembly and member of the 8th Senate of the National Assembly, Senator Monsura Sunmonu, has shed more light on why she has been one of the backers of the present administration of the Peoples Democratic Party (PDP) in Oyo state despite being a chieftain of an opposition party.

Senator Sunmonu who gave the clarification on Friday July 31 in Ibadan while speaking with newsmen shortly after the Ansar-Ud-Deen Society of Nigeria, Oyo State chapter and Oyo town branch were both presented with a brand new 18 seater bus each by Governor Seyi Makinde, queried why she would stay back and not support a government she laboured to bring into power. 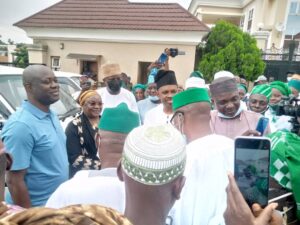 Senator Sunmonu, a chieftain of the African Democratic Congress (ADC) in Oyo state who became the first female Speaker of the Oyo State House of Assembly in 2011 went further to become the first female Senator that represented Oyo Central Senatorial District at the red chambers of the National Assembly between 2015–2019.

According to Senator Sunmonu who is also a member of the Ansar-Ud-Deen Society of Nigeria in Oyo state and Oyo town, the present administration under Governor Makinde is an all inclusive one that was birthed by a coalition adding that it was only wise to give the government all necessary support to succeed regardless of the political divides.

Responding to questions from journalists over her strong support for the Seyi Makinde led government despite being a chieftain of an opposition party, the ADC, Sen. Sunmonu said “remember that I am a member of the coalition group, this is a coalition government, inclusiveness, where you have everybody.

“And why would I work for a party of a government to get into position and I would stay back? So, that is why you see me there working to support the government, the coalition.”

Speaking earlier before Governor Makinde officially presented the two buses to the Ansar-Ud-Deen Islamic group in the state and Oyo town chapters, Senator Sunmonu explained that politics should not be played with bitterness stressing that it is God who gives powers to whoever He wishes at every given point.

“I am a member of the Ansar-Ud-Deen Society of Oyo State, Nigeria and Oyo town. And also a supporter of the FIBAN group.

“You remember that obviously I was once a Speaker in this state, and also the Senator that formerly represented Oyo Central Senatorial District. So, I can understand what is called governance.

“I mean, looking round, we are trying to gather people together within Oyo State for us to be able to support the Engr Seyi Makinde-led administration, but in our doing this, the Governor deem it fit that he will be able to get us vehicles for movement not politically but in the course of their duties as Muslims.

“They’ve been moving round to mosques and everywhere to propagate Islamic religion, so that’s why we are here and we thank the Governor and the good people of Oyo state.

“According to the Holy Quran, anyone who peddle falsehood on account of hearsays, we are made to understand that such person will face serious judgement from God when we finally meet Him to give account for our lives.

“We are not playing politics of ‘pulling someone down by every means, no! we are not doing such, but whenever we see something being done rightly, we are bound to give support.

“We are seeing everything that’s going yin Oyo State, somebody would just wake up push out lies just to the public to discredit a government. That is why we need more prayers especially for this government.

She however, charged media practitioners to always stand by the truth and always endeavor to call government attention when something goes wrong without being biased and with the fear of God.