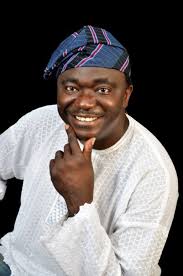 Speaking on behalf of Oyo state Governor during the MoU signing event held at the office of Oyo State Investment Promotion Agency (OYSIPA) in Ibadan on Friday, the executive chairman of Oyo State Mineral Resources Development Agency, Mr Abiodun ONI, stated that it was a landmark achievement for the present government in the mineral resources sector. 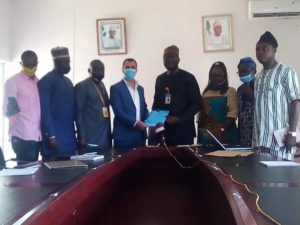 Mr ONI, who explained that the present government under Governor Seyi Makinde is keen on transforming the sector into a goldmine has been very committed and supportive of activities and operations of the mineral development agency in the state.

The mineral resources development agency boss noted that Oyo state is comfortably seated on goldmine in term of large deposits of various solid minerals, and therefore, commended management of HSIT Stones Nig. Ltd for trusting and believing the Seyi Makinde led government to commit its resources to the tune of one billion, two hundred million naira (1,200 000 000) to exploit and explore mineral deposits at a given area in Igbeti.

Mr ONI, explained that the present government is particularly interested in whatever brings benefits to Oyo and the good people of the state adding that it was for this reason it is creating the enabling environment in terms of both infrastructural development and security in order to create an environment where investors across the world can comfortably make their business destination.

He explained further that parts of the three entry points into doing business with Oyo state as far as mineral resource development sector is concerned are data exploration and product exploitation.

He said that HSIT Stones as agreed in the MoU will commit some little part of the total project sum into data exploration to determine actual volume of mineral deposits at the given area after which exploration of discovered products will commence for economic gains.

The Head of team who signed the MoU for HSIT Stones Nig. Ltd. Mr Mustapha Alfara, explained that his company had made several fruitless efforts in trying to do business with Oyo state government since 2016 adding that its bad experience with the last administration made his company backed out. 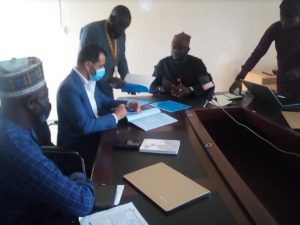 He noted that his company made attempts in 2016, 2017, 2018, and 2019 yet nothing happened because the then government was not serious about the mineral development sector until the present government came into place.

Mr Alfara commended governor Seyi Makinde in restoring the hope and trust of investors in the state and particularly commended Mr Abiodun ONI, for his business foresight, acumen, deep understanding of the sector, and persistent approach to convince his company to return to Oyo state for business, adding that it was for the frantic and deliberate efforts by Mr ONI that redeemed the lost faith in Oyo state government in term of business.

He said that the project is divided into two phases which include data exploration and product exploitation stressing that the first phase which is expected to last for about 120 days (four months) is to determine the quantum of deposits at the given site in Igbeti after which chunk of the total project sum will be expended on exploitation at the second phase.

Mr Alfara stated further that all necessary arrangements have been made and agreed upon by both parties with regards to accessibility to explored data and information sharing, noting that his company will move to site latest by end of October, 2020 to commence operation.

Mr. ONI, while speaking earlier, noted that the project is purely based on Public Private Partnership (PPP) and that both government and HSIT Stones have equal rights and assess to the data generated for mutually beneficial purposes adding that other private firms both local and international with financial competence are expected to come in at the second phase which is product exploitation.

He however assured that the project will not only bring about a quick turn around in the economic fortunes of the state in terms of internally generated revenue (IGR), but will also create employment opportunities for the people of Oyo state and make for revolving wealth.