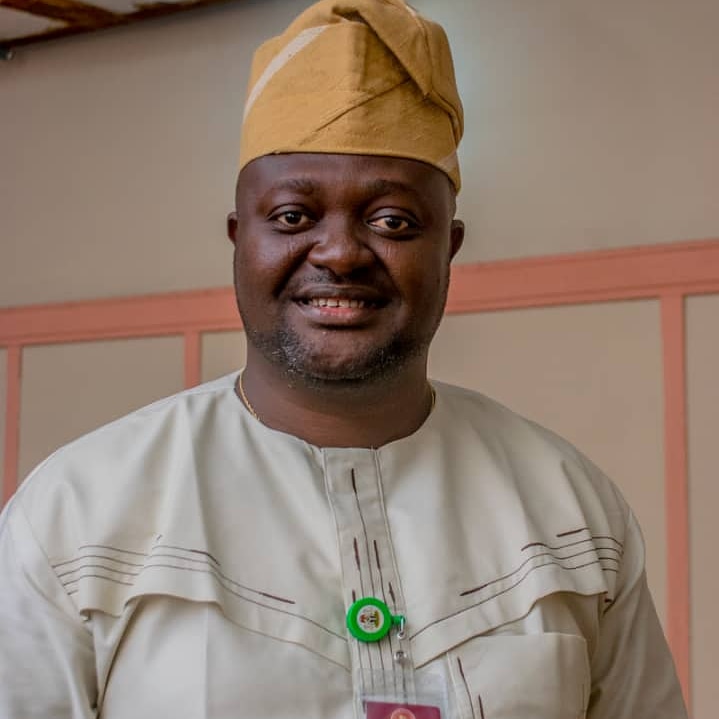 The lawmaker representing Lagelu state constituency at the Oyo state house of assembly, Honorable Olajide Akintunde has described the current controversy surrounding the dissolution of the dissolved ALGON in Oyo state as ‘avoidable and unfortunate.’

The chairman house committee on commerce and cooperatives popularly called AKT stated that the last administration acted in bad faith when it conducted election into the newly created Local Council Development Areas (LCDAs) across the state knowing well enough that the law only provides for conduct of election into only constitutionally recognized 33 local government areas in Oyo State as contained in the Nigerian constitution.

The lawmaker made this known while having a press interaction with Sunrise Bulletin in his office on Friday in his office at the Oyo state secretariat, Ibadan, in a reaction to a purported letter that emanated from the office of the Inspector General of Police, IGP Mohammed Adamu that has been going round in the news.

The lawmaker who also doubles as the Peoples Democratic Party (PDP) Whip of the 9th assembly, stated further that there was nothing wrong in creating LCDAs in order to make government more accessible to people at the grassroot but those LCDAs remain local council development areas not local government areas according to the constitution of the federal republic.

Hon. Akintunde blamed last administration under former governor Abiola Ajimobi for the present political brouhaha emanating from deliberate misrepresentation of information to unsuspecting members of the public with the aim of creating disaffection and to destabilize governor Seyi Mankind’s administration by after seeing the handwriting all over of the impending electoral defeat during the build up to 2019 guber poll.

He said that the illegally constituted local government chairmen by the former governor was dissolved by governor Makinde because the entire election that puts them in office was faulty noting that the election should have been conducted into only 33 local government areas recognized by the Nigerian constitution and thereafter, appoint caretakers or administrators into the LCDAs.

He therefore, challenged the Oyo State chapter of the All Progressives Congress (APC) and members of the last administration to point to any part of the Nigerian constitution where a governor is empowered to conduct election into LCDAs noting that it was a calculated attempt by the led government to put the state through APCthe present avoidable tension arising from deliberate misrepresentation of information.

Hon. Akintunde however urged the Attorney General of Federation Abubakar Malami (SAN) and the Inspector General of Police, IGP Mohammed Adamu to seek for comprehensive briefing and details of legal and political events in Oyo state with regards to the illegal conduct of local government election in Oyo state into both local government areas and LCDAs prior to the expiration of former governor Abiola Ajimobi’s tenure as the then governor before dabbling into Oyo state local government matters.