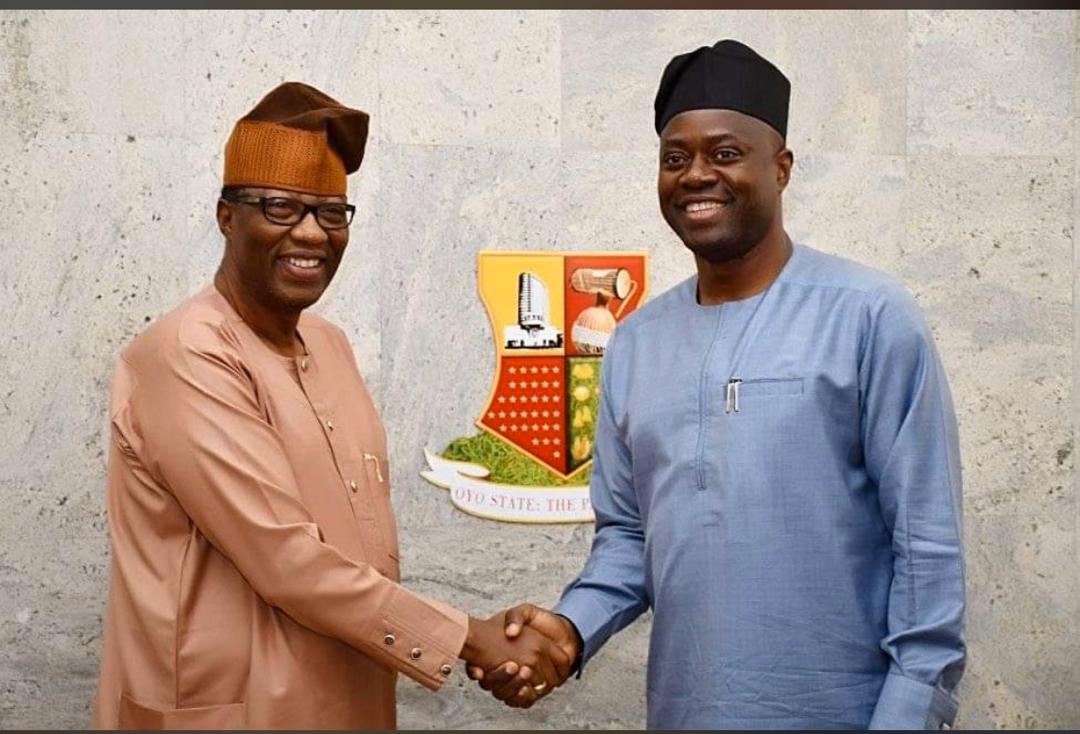 The former governor of Ogun state, Otunba Gbenga Daniel has paid a courtesy visit to the Oyo state governor, Engr Seyi Makinde in his office in Ibadan.

Chief Gbenga Daniel, while speaking with governor’s office correspondents on Tuesday in Ibadan, stated that his mission in the capital city of Oyo state was just a courtesy call on the governor noting that he was supposed to be present at governor Mankind’s inauguration but could not make it due to some exigencies at the time.

When asked about his views on the Western Nigerian Security Network codenamed Operation Amotekun, the soft spoken ex governor lauded the initiative by governors of the south western region of Nigeria.

He described the initiative as laudable and a welcome development, calling it a response to the yearnings of the people over the prevailing security situation in the region.

He said that the newly introduced revenue collection policy; Park Management System (PMS) of governor Makinde is very good for the state adding that he also introduced a similar policy when he was governor of Ogun state in order to block revenue leakage.

He expressed his joy over the berth of Operation Amotekun noting that it was long overdue and has his full support both morally and otherwise.

He however described governor Makinde as an exceptional and wonderful administrator and a manager of resources.