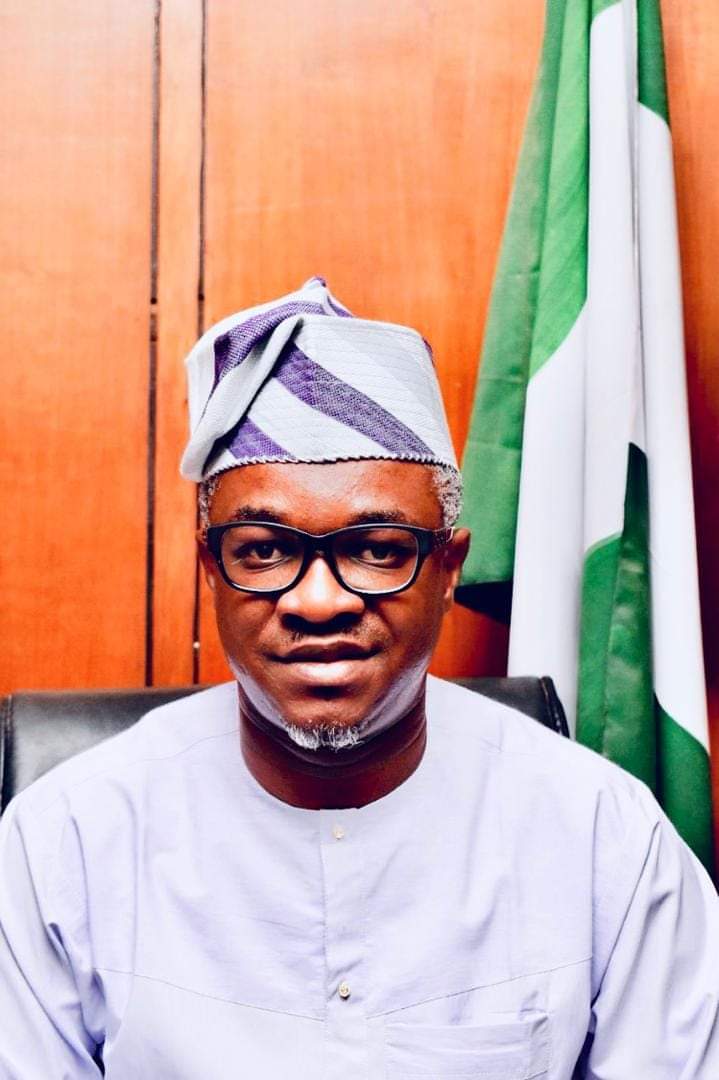 This cleared the rumours going round the the state about his stance to defect to the People’s Democratic party.

Akinwole who is the Proprietor of Ogbomoso United Football Club, while confirming the development said,” Yes, ‘I am leaving APC for PDP very soon, saying the formal declaration will come up in Ogbomoso”, his hometown.

Speaking on why he is leaving the APC in spite of the tremendous roles he has actively and conspicuously played during the 2019 election for the ruling party ? Wolekanle said ” Governor Seyi Makinde’s performance and magic touch turning Oyo State to cynosure of all eyes within the little stint of times, is a motivating factor, his plethora ofachievement and quality style of governance is another sterling guality that really spurred him, saying those things are the genuine reasons why he made up his mind to join his party with a view to complementing his efforts in making Oyo state a better place worthy of living for both the people of Oyo state and the people across the federation.

Wolekanle as he is fondly called averred that he really appreciates the All Progressives Congress, APC, for the the little opportunity bestowed on him to serve the party meritoriously and without any form of deformityg during his brief stint
He therefore enjoined those left behind in the party not waste time in joining Engineer Makinde in his effort to led Oyo State to the promised Land.

Asked if he is being pushed by his ambition to become Reps in 2023 general election, Wolekanle said, though he has ambition to contribute his quotas to the development of Ogbomoso in general, saying that the decision was taken after a due consultations across the board and popular demand by his teeming followers to move into PDP

” My interest is to serve my people people with the utmost interest in moving my country home cum Oyo State to the expected height, our people deseves better representation and because Gov.Seyi Makinde is doing actively and positively well, if l am priviledged to serve, l will definitely add value to his records of achievement and thus complement his efforts in taking Oyo state to a greater to the Eldorado. Wolekanle also said; ‘before l venture into the mainstream of Nigerian politics l have been assisting both the privileged and the less–priviledged people in my own little way, saying that he is strongly believed that if he is involved in politics, he has no doubt in his mind that he would do more to make people laughs and enjoy the dividends of democracy.

Part of his contributions to his community includes financial supports to the less priviledged, artisans and traders, scholarship awards and educational succour to the brilliant and indigent students in tertiary institutions as well as annual JAMB coaching and procurement of JAMB forms to secondary schiol leaving students.

Mr Akinwale, a graduate of Lagos State University is the chief Convener, Ogbomoso Ajilete Carnival, an anunual sociol- cultural event that aims at promoting unity among the youths in Ogbomoso and the football club to encourage the younger ones, discover and build talents.