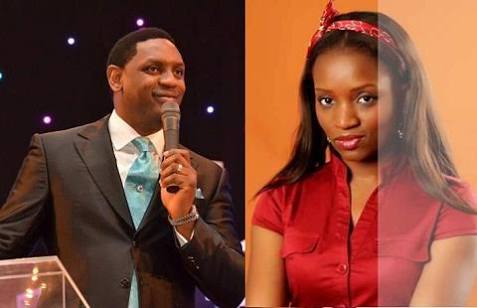 Ese Walter Clears The Air, Says She Has Never Been Raped

In 2009, Ese Walter found herself in the spotlight after she came forward to accuse Pastor Biodun Fatoyinbo, the global senior pastor of Commonwealth of Zion Assembly (COZA) of trying to manipulate her into having a sexual affair with him. In wake of the recent rape allegation against Fatoyinbo by Busola Dakolo, the wife of Nigerian singer, Timi Dakolo, Walter has found herself being talked about once again.Walter who had earlier stated that she does not want to be dragged intothe current scandal involving Fatoyinbo and Busola Dakolo in her post had said she is done playing the victim role because she has since moved on from that aspect of her life. In a post on her Facebook page, Walter has now clarified rumours making the rounds about her. According to her, she has never been raped in her entire life and people need to stop spreading false news. Ese

Some media outlets, as well as individuals, have been alleging that Walter was raped by Fatoyinbo back in 2009. Clearing the air on the misconception, she wrote,“Ok, it begs to be said. I have never been raped in my life. Don’t spread false news for trend.

Recalled that since Busola Dakolo came forward with her rape allegation, there has been a clamour for Fatoyinbo to step down as a pastor as well as calls for his arrest and prosecution. In his reaction to the allegations, Fatoyinbo maintained his innocence although, he decided to take a leave of absence from the pulpit in a move that was referenced as being in the best interest of the body of Christ. Fatoyinbo’s wife, Modele has also come forward to publicly throw her support being her husband by declaring that he is not capable of raping any woman.A protest was also held last Sunday by concerned members of the public who want to ensure that justice is served.