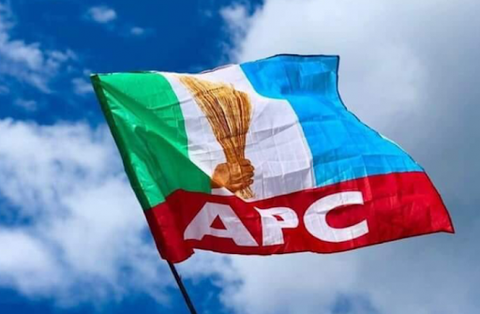 The All Progressives Congress (APC) has admitted that the increase in petrol pump price and electricity tariffs were a serious financial burden on Nigerians.

A statement signed by its National Publicity Secretary, Yekini Nabena and made available to newsmen on Tuesday, pleaded with Nigerians to endure the pains as it claimed that they would enjoy the “gains” of deregulation in the long run.

The APC further claimed that rehabilitation of the nation’s four refineries was in the pipeline and noted that full deregulation of the oil sector would encourage private investors to invest in establishment of local refineries.

Ahead planned strike by organised labour, the Trade Union Congress (TUC) and the Nigeria Labour Congress (NLC), the ruling party urged labour leaders “not to be hoodwinked by skewed opposition party narratives on the deregulation exercise and electricity tariffs.”

The statement read in part: “The All Progressives Congress (APC) is not oblivious of the financial strains brought by the increase in fuel pump price and electricity rates. We urge Nigerians to endure now and enjoy gains soon.

“The reviews are crucial and hard thought decisions by government. On the positive side, the short and long-term benefits on the citizenry and our national life will become obvious and directly felt in critical sectors such as health, education, infrastructure and social services targeted at the poor.

“We point to shocking estimates by the Nigerian Institute for Social and Economic Research (NISER) which reports that the budget for fuel subsidies in 2019 was sufficient to enrol the entire population of Nigeria in the National Health Insurance Scheme (NHIS). Further, fuel subsidies took over N10 trillion of our national resources since 2006.

See List Of Nigerian Politicians Affected By US Visa Ban