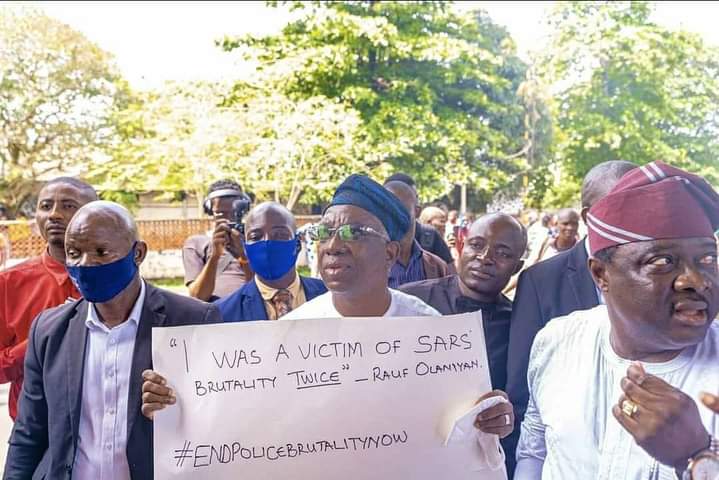 The Oyo state Deputy Governor, Engr. Rauf Olaniyan has joined the #EndSARS protest stating that he was also a victim of police harassment twice, sunrisebulletin.com reports.

The deputy governor who made this disclosure at the state secretariat in Ibadan on Tuesday (today) was seen carrying placards amidst the protesters.

Engr Olaniyan, who was accompanied by Oyo State House of Assembly Deputy speaker, Hon. Muhammed Fadeyi and his assembly members however, enjoined the protesters to conduct themselves in peaceful and organized manner adding that he is with them in solidarity.

“You just needed to calm down, you voice has been heard, soon there will be a positive result, he said”.

Other top government functionaries who were seen in company of the deputy governor are the Special Adviser to Governor Seyi Makinde on Sustainable Development Goals (SDGs), Hon. Kunle Yussuf and other members of the Oyo state house of assembly.