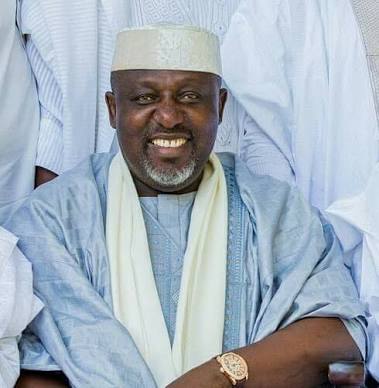 Former governor of Imo State and Senator representing Imo West Senatorial district, Rochas Okorocha, has canvassed an immediate drastic cut in the salaries and allowances of governors, ministers, as well as national and state Assemblies members. He spoke to journalists in Abuja, where he argued that the 469-member National Assembly is unwieldy.

Okorocha, who is believed to be angling for the 2023 presidency, said it would be in the country’s best interest to have one senator and three House of Representatives members in each of the 36 states and the federal capital territory (FCT).

Stressing the need for sacrifice on the part of public office holders, he however faulted the widely-held notion that National Assembly members are milking the nation to the detriment of Nigerians.

He said: “I have not received a dime as salary since I became a senator. The point I want to make is that, if you look at the allowances given to senators and break them down into accommodation and transportation among others, it is definitely not out of place. You cannot make someone a senator and expect him/her to be a pauper that cannot afford a decent meal.

“I don’t know where Nigerians got the information that made them to conclude that senators receive so much. How much is the cost of a befitting house in Abuja in a year? I have proposed that if we cannot bear the cost of senators’ welfare, we should enact laws to cut it.

“But the situation now calls for national sacrifice on the part of leadership. Even if senators have to live in hostels, let everybody cut down 50 to 70 per cent of his or her income, so that the youths can have a sense of belonging and see that leaders are making sacrifice. The truth is that our lifestyle is provocative to the youths.

“We must call on leaders, the legislatures and executives, to change our lifestyle as a mark of sacrifice. It is not necessarily because they are comfortable with what they get. And even when they get it, they have thousands of people they support, in addition to the extended family system in Africa.”

Okorocha, a chieftain of the All Progressives Congress (APC), lamented the loss of lives and properties during the #EndSARS protest in parts of the country.

He said: “What happened is a pointer that we the elite have been selfish in handling this country’s affairs. There has been a track record of unfair leadership for a long time. The #EndSARS protest is not just targeted at police, but a disappointment over economic issues in a nation, where there is joblessness and poverty among youths.”