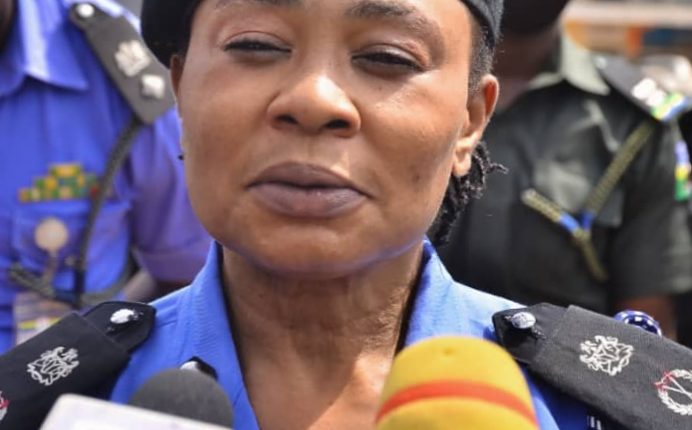 The Oyo State Commissioner of Police, CP Ngozi Onadeko has appealed to youths and residents in the state to desist from any act or gathering capable of distorting public peace being enjoyed across the state ahead of a purported plan to embark on a protest in commemoration of one year anniversary of the EndSARS saga.

A press statement by the State Commissioner of Police signed the State Police Public Relation Officer (PPRO) DSP Adewale Osifeso on behalf of the command and made available to Sunrisebulletin.com on Tuesday October 12 indicated that CP Onadeko has directed extensive and aggressive security patrols across the state in order to prevent any attempt by any group to disturb public peace.

“The Oyo State Police Command through intelligence availed to it has unraveled clandestine plans by groups of misguided people to embark on large scale violent protests in parts of the State in commemoration of  one year anniversary of the unfortunate October ENDSARS saga.

“Consequent upon this, the Commissioner of Police, Oyo State Police Command, CP Ngozi Onadeko fdc, is  appealing to individual(s), groups and most importantly architects of these sinister plans, to have a rethink as the Command would not hesitate to use any legitimate means necessary within the ambit of the law to enforce sanity and prevent needless loss of lives and wanton destruction of private and public properties including critical government infrastructures which could emanate from the proposed protests.

“Recall that the October 2020 EndSARS incident left a painful trail of sorrow, anguish and pains in the minds of Nigerians inclusive security agencies.

“In furtherance to the above, the Commissioner of Police has directed extensive visibility and aggressive patrols by Area commanders and Divisional Police Officers while adequate deployment of operational, intelligence and tactical assets would be strategically positioned across every nook and cranny of the State to compliment and neutralize any threat or act(s) capable of truncating the relative calm enjoyed by the citizenry.

“Furthermore, Parents,  guardians and leaders that wield various degrees of influence in religious, educational and traditional capacities are passionately advised to warn their wards and proteges against been used by merchants of anarchy  as violators would be thoroughly sanctioned and prosecuted.

“Lastly, the good people of the State are advised to go about their lawful daily activities as comprehensive security measures have been emplaced to forestall breakdown of law and order.”  The Police statement reads.

Obaseki: I Will Not Accept Any Opposition In Edo PDP