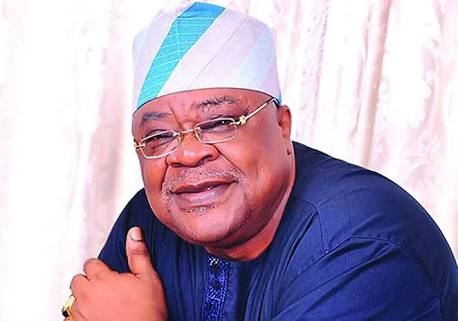 By Lere Omoetan On Feb 22, 2019
0
Share
A group of youth in All Progressives Congress APC in Ogbomoso has cautioned  the former governor of Oyo state Otunba Adebayo Alao Akala from threatening violence in the town during the election.
They also urged electorates not to be afraid of the threat by Akala and his team but to come and exercise their franchise by voting for candidates of their choice.
In a statement signed by coordinator Adewale John, the group maintained that ” Otunba Akala utterances on radio interview on Thursday night where he called Ogbomoso people bastard for not supporting  his son Olamiju Akala that  was removed as Chairman Ogbomoso North Local Government  as a ‘careless’  talk from a supposed  community leader and Elder Statesman.
It is obvious that  the removal of his Son who was imposed on Ogbomoso populace by the power that be is a nemesis of Akala/ Ladoja saga other illegal action taken when he was in power.
The statement further states that   “Akala’s insatiable quest for selfish aggrandizment and parochial interest against the general interst has been pushing him from one party to the other thereby misleading people.
According to the group, it is dissappointing  that Otunba Alao Akala who is supposed to be a responsible  political godfather and mentor has turned himself to be an agent of distraction.
“We appreciate his function and achievements when he was opportuned to holdsway as  Governor  of Oyo state, but we want him to please stop misleading people with faint hope of ruling Oyo state again, its a dream that can no longer materialize.”
We believe that our party’s candidates are credible and they are people whose  integrity can be vouched for”
While urging party members to continue to mobilize for their  candidates, the group expressed optimism that the party will come out victorious in the coming election.
They reiterated that the APC Government will consolidate on his achievements in Ogbomoso, Oyo state and Nigeria
0
Share FacebookTwitterGoogle+ReddItWhatsAppPinterestEmail