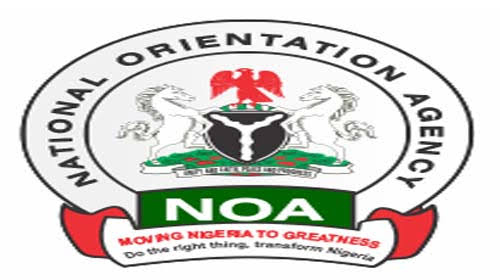 The National Orientation Agency(NOA) has called on the President, League of Imams and Alfas in the Southwest, Alhaji Daud Akinola, to prevail on all Muslim faithful to abide with COVID-19 protocol and guidelines during the Eid el Kabir.

Mrs Dolapo Dosunmu, the Oyo State NOA Director, made the call on Tuesday, when she led the management team of the agency to Akinola, in Ibadan, on advocacy visit.

Dosunmu, who represented the Director- General of NOA, Dr Garba Abari, on the advocacy visit said COVID-19 was real and urged the general public to observe its guidelines.

She noted that though many people believed that coronavirus disease existed, but rarely abide with protocols and preventive guidelines laid down by the Nigeria Centre for Disease Control (NCDC).

She said the visit was aimed to encourage the president League of Imams and Afas, to make pronouncement to the people, especially Muslim faithful.

According to her, there is need for the people to conduct themselves in line with COVID-19 protocols and guidelines before, during and after the celebration of the Eid el Kabir.

She expressed optimism that the fact that Akinola was a leader in the Muslim sect; his pronouncement on how people should go and behave during the festival would surely be obeyed.

In his response, Akinola commended the Federal Government’s efforts towards containment and prevention of the pandemic.

He, however, urged the Federal and state governments to do more in the area of testing, saying that testing would make people to know their COVID-19 status.

He urged NCDC to bring testing centres nearer to the people, especially market places, churches, mosques and motor parks where people can easily come out for testing.

Akinola also urged the federal government to improve on welfare packages for all states.

He used the occasion to implored all Muslim faithful to obey all the COVID-19 protocols as they celebrate Eid El Kabir.

Akinola added that COVID-19 is real and people should maintain social distancing “at praying ground.