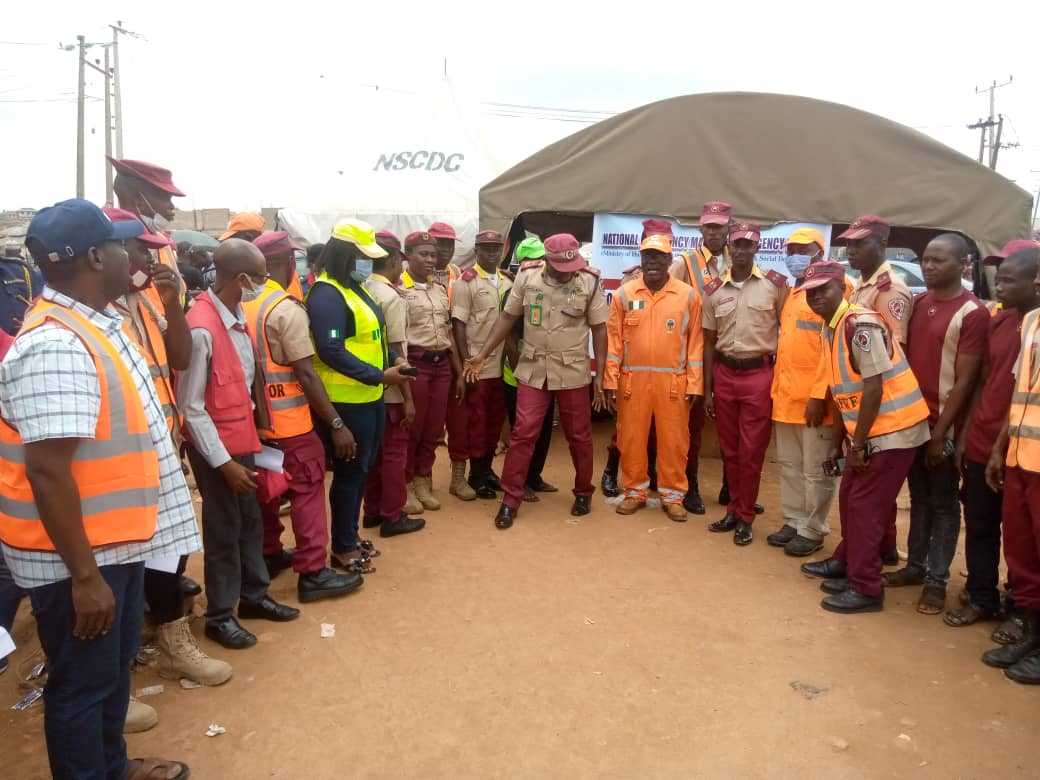 Following preparation for this year’s Eid-el Kabir celebration and the rush that usually greets the season by commuters and other road users leading to avoidable casualties and in some cases deaths, the National Emergency Management Agency (NEMA) has taken it’s Sensitization Campaign to the streets in Ibadan, the capital city of Oyo state.

The federal agency under the supervision of the Ministry of Humanitarian Affairs, Disaster Management and Social Development in collaboration with critical security stakeholders on Sunday July 18 flagged off a joint operation tagged ‘Operation Eagle Eye’ to ensure safety and security of commuters, drivers and other road users on highways and intracity movement during the festive period. 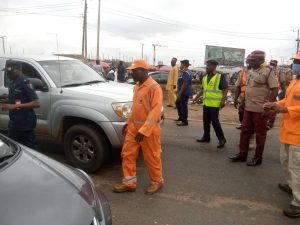 Speaking during the Flag-Off of the 5-day campaign in Ibadan, the South West Coordinator of NEMA, Mr Akiode Saheed, expressed the agency’s concerns over the increasing rate of avoidable road accidents especially during the euphoria of celebration during festivities, stressing the need to minimize reckless behaviors on the road by drivers and road users.

Akiode said the life-saving operation was organized in partnership with relevant stakeholders in disaster management to sensitize and enlighten motorists and other road users on proactive measures to avert road mishaps.

“The National Emergency Management Agency is worried by the increasing rate of road mishaps and the need to minimize this envisioned accidents and losses.

“This is a life saving operation that is organized in partnership with relevant stakeholders in disaster management to sensitize and enlighten motorists and road users on proactive measures to avert road mishaps,” Akiode said.

Akiode however, commended other state and federal agencies partnered with for their selfless service and commitment to the service of mitigating and prevention of disasters especially man made.

Other stakeholders who spoke during the Flag-Off stressed the need for improved interagency synergy to foster more efficiency in carrying out joint operations.

They averred that it is more costly to fight disaster after it has occured which was why emphasis is laid on prevention and the need for improved collaborations.

Others who spoke reiterated the need to for stakeholders to put an end to unnecessary interagency rivalry during operation which in most cases has reduced efficiency and effective operations.

Some of the stakeholders expressed concerns about the welfare of Operatives embarking on joint operations in the current era of COVID-19 pandemic stressing the need to adhere strictly to personal safety protocols and guidelines in other not to become victim while discharging their lawful duty noting that disaster management is everybody’s business.

Ilaka Disassociate Self From Governorship Poster In Circulation.

Entrepreneurship: Ibadan Based Broadcaster, Pat Obilor Set For Official Launch of ‘The Patriology’