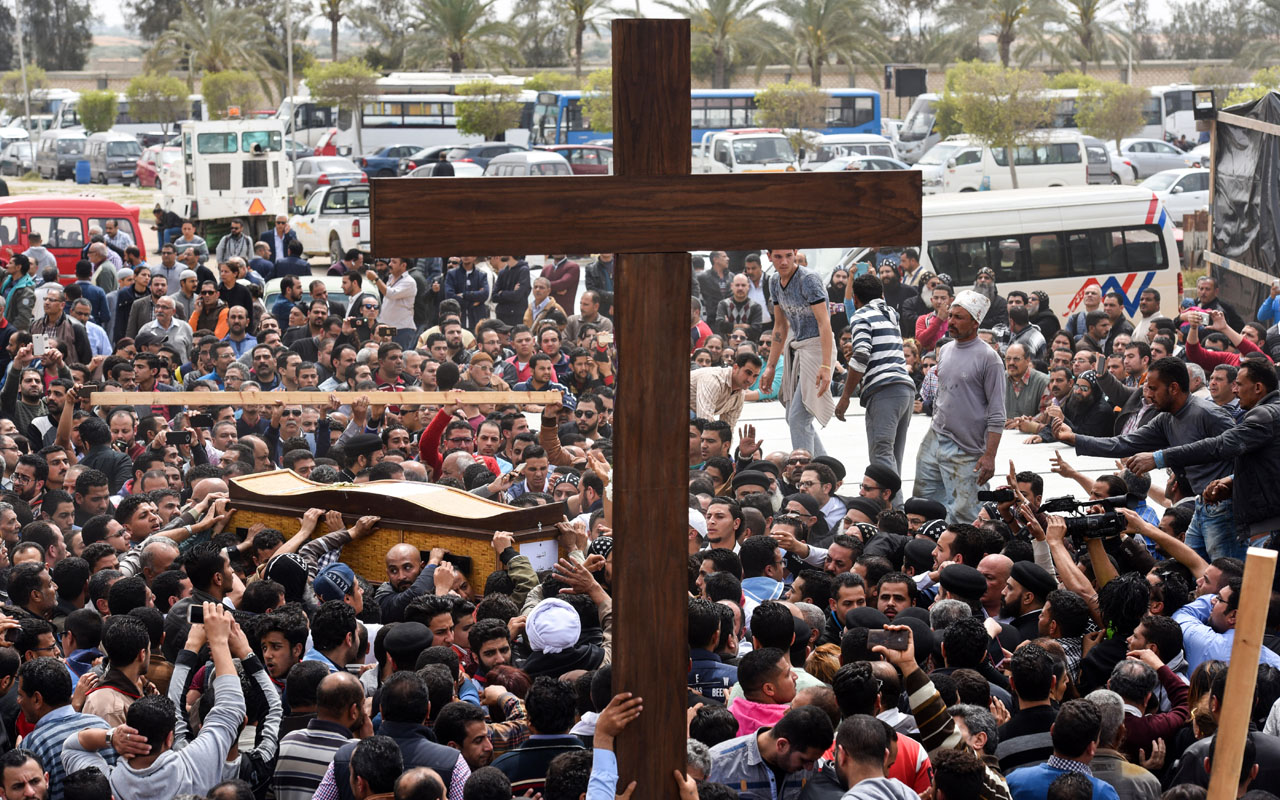 Coptic Christians, who make up about 10 percent of Egypt’s population, have repeatedly come under attack by Islamic extremists.

On Friday, gunmen opened fire on a bus carrying Coptic pilgrims near the city of Minya in central Egypt, killing seven.

Here is a timeline of similar major incidents.

2017
December 2017: An IS gunman kills nine people in an attack on a church in a south Cairo suburb. The interior ministry says he was armed with an assault rifle, 150 rounds of ammunition and a bomb he intended to set off at the church.

May 26: Masked gunmen order Christians travelling to a desert monastery to get off their buses and recant their faith.

The group heading to the Saint Samuel monastery south of Cairo refuse and are shot one by one. Twenty-eight of them are killed.

April 9: Two churches are bombed on Palm Sunday, killing 45 people. The attacks are in the cities of Tanta and Alexandria, where Coptic Pope Tawadros II had been leading a service. He is unharmed.

IS claims responsibility and says both were suicide attacks.

2016
– December 11: A suicide attack during a Sunday service at the Saint Peter and Saint Paul church in central Cairo, adjacent to the headquarters of Pope Tawadros, kills 29. It is claimed by IS.

2013
– October 20: Four members of the same family, including two youngs girls, are gunned down by attackers on motorbikes as they leave Cairo’s Church of the Virgin following a wedding.

It is the first attack targeting the capital’s Coptic community since the army ousted Islamist president Mohamed Morsi on July 3.

This follows attacks on dozens of Coptic churches, homes and businesses after the bloody breakup of two pro-Morsi gatherings in Cairo in August and with perceptions that Copts had backed his overthrow.

2011
– January 1: A blast kills 23 and wounds 79, mostly Christians, as they leave a Coptic church after New Year’s mass in Alexandria.

The authorities say the attack, which is not claimed, was carried out by a suicide bomber.