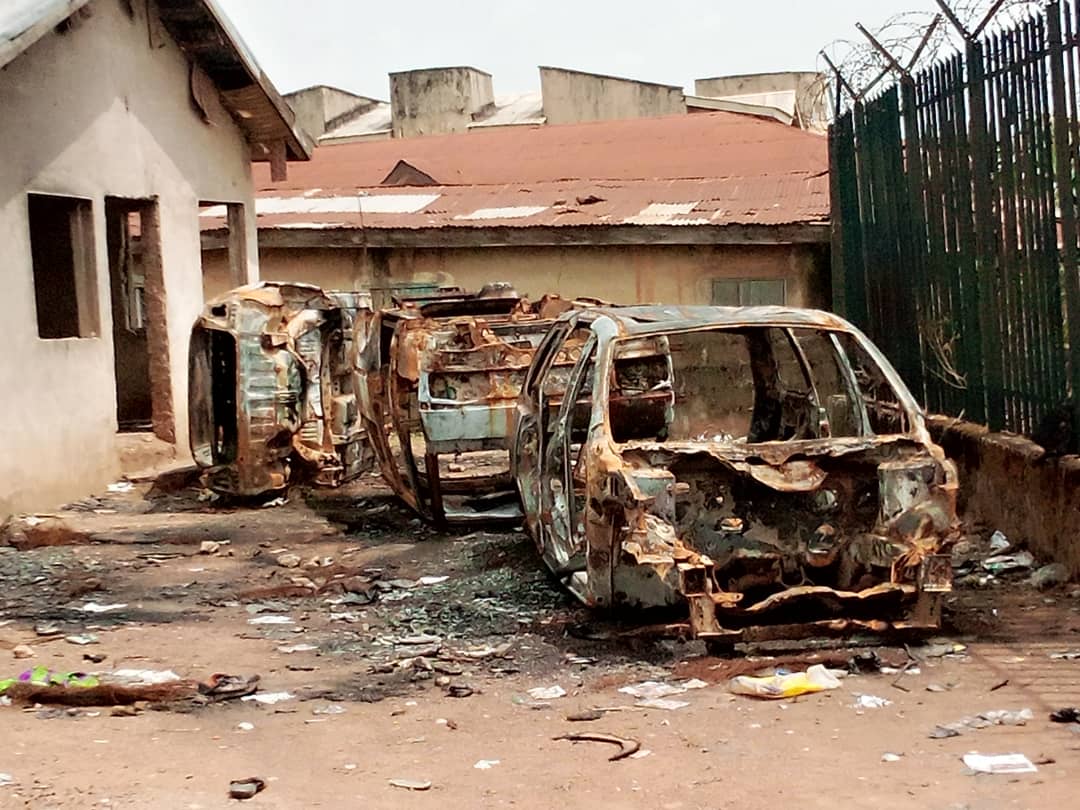 The police stations affected were, Ogungbade, Adelubi, Alabebe-Alakia and Gbagi police stations where properties like, vehicles, office equipments and police buildings were set ablaze by suspected hoodlums who hijacked protest against the Endsars brutality in the state.

Hon. Olawoyin expressed shock at the level of damages done and sympathized with the police officers and promised that the state government will take appropriate steps to properties vandalized by the miscreants.

The chairman urged people of the LG to always embrace peace and desist from actions that could jeopardize and breed disaffection in Egbeda LG, Oyo state and Nigeria as a whole.