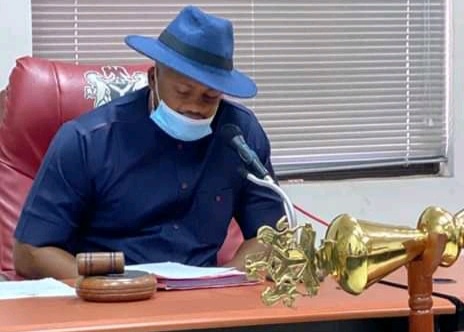 The impeachment letter was signed by 9 out of the 10 lawmakers present at plenary Monday morning.

The plenary held at the Government House, where sittings have been holding since the shut down of the Assembly complex by Obaseki claiming it is due for renovation.

The impeachment is coming barely a month to the inauguration of Governor Godwin Obaseki for a second term in office.

Okiye, who only recently defected from the All Progressive Congress to Peoples Democratic Party, was accused of financial recklessness

Just In: Your Statement Against Makinde On Ondo, Reckless, Undermines Peoples Will And Supreme Court Verdict

Just In: Disbandment Of SARS Is The First Step To Extensive Reform – Buhari Reacts To Outcry