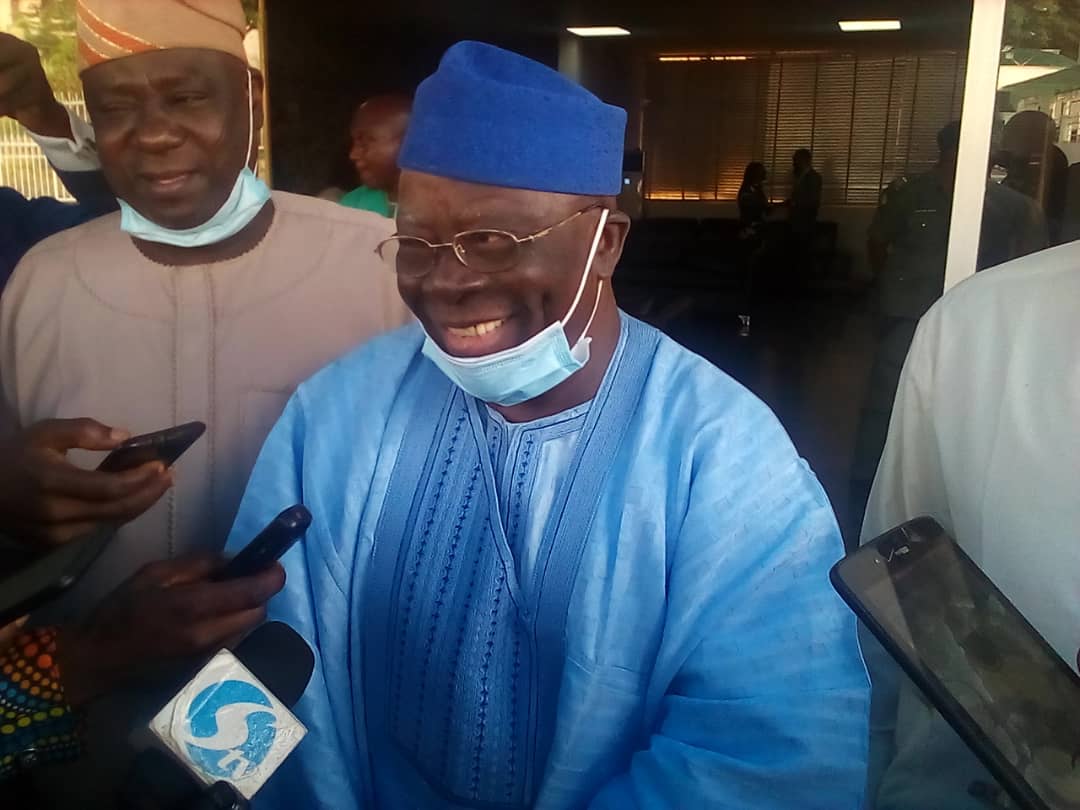 A foremost Yoruba leader and elder statesman, Chief Ayo Adebanjo, has berated President Mohammadu Buhari and his government for allowing Nigeria slide into another economic recession the second time in less than six years he took over reins of power from the government of former President Goodluck Jonathan.

Chief Adebanjo, who on Monday 23rd November, addressed governor’s office correspondents during a condolence visit to Oyo state governor, Seyi Makinde, over the demise of his mother expressed disappointment at Buhari’s handing of Nigeria’s economy leading to second recession between 2015 and 2020 noted that the president does not heed to warnings and advises that could help reposition the dwindling economic fortunes of the nation.

He said: “I am not surprised I’m only sad, the administration of president Buhari has not been acceptable to me and I have always been saying it.

“You see, I hold a different view about Buhari, what everybody is saying about one Nigeria, restructuring, he has a program of his own.

“You see the only one Nigeria they believe in is the one where the Fulanis’ dominate the rest of the country which will not work.”

When asked if he thought COVID-19 pandemic could be responsible for the recession, 92 years old baba Adebanjo said COVID-19 could not be the reason or claimed to be the reason because the pandemic broke out when situation in Nigeria was already in bad shape.

He said: “Don’t be deceived, what condition did COVID-19 meet us? other countries have COVID-19 but because of solid economy, solid political stability, it didn’t affect them as we have it here.

“Don’t be deceived because we are not the only victim of COVID-19 but because of the bad administration that COVID-19 met us that’s why we are having this and instead of facing it he is talking about harassing the press.

“We are now back at military regime, this is not what we fight for, and our reactions can’t be the same like others because I have been fighting for the progress of this country when he himself was a toddler.

“I’m repeating it, yes! I have been on it since 1950, 70 years ago, he is 74, the boko haram they are fighting for, in 1979 I stayed one year in Maiduguri campaigning for UPN under the leadership of Awolowo for a united country, that is where they said they can not go.

“So what is he telling me about Nigeria? We now said let us have a Nigeria where every one of us will be happy, where we all can make progress you say no!.

“The way out is let us restructure the country now! And don’t entertain anybody telling you where will the presidency go, it’s a diversion, when we restructure the country and we have an acceptable constitution, agreed to by all the federating units not the one imposed on us by the military, we will know where the presidency will go because it is the right of every citizen to aspire for the highest position in the land, it shouldn’t be a favour.