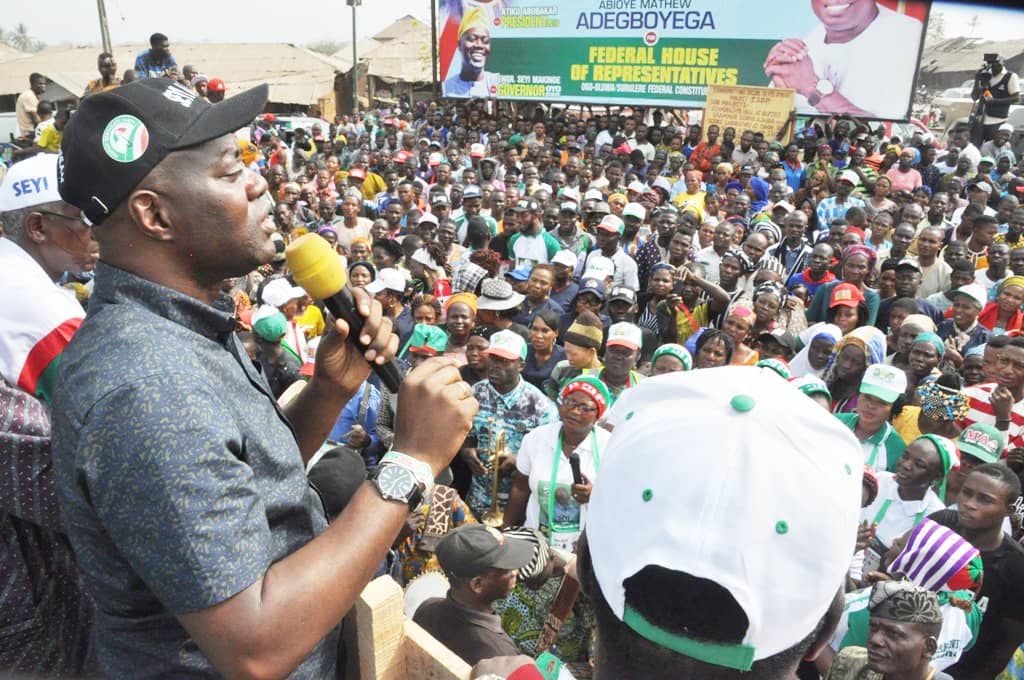 THE Gubernatorial candidate of the Peoples Democratic Party (PDP) in Oyo state, Mr Seyi Makinde has appealed to the people of Ogo-Oluwa local government in the state  to resist the temptation to sell their votes to a government that has failed to improve their condition in the last four years in order not to enslave themselves for another years.

He noted that “ If they give you Money and ask you to vote for them, collect their money but dont vote for them. Vote according to your conscience” He advised.

Makinde stated this while addressing thousands of supporters and indigenes of Ogo Oluwa local government area  who gathered at campaign venue to welcome the candidate and PDP members to the community.

Speaking further, Makinde said “we’re here to seek your vote for our great party. As you all know this party while in power identified with you in terms of infrastructural development and welfarism. Again, on behalf of PDP we’re appealing to you to vote for our presidential candidate; Alhaji Atiku Abubakar and his vice, Peter Obi, myself as the next governor of Oyo state, our senatorial candidate, Chief Bisi Ilaka, Elder Matthew Abioye as your representative at the House of Representatives and for House of Assembly.

“It is evident that the current government has been playing politics with development. Cast your votes for PDP starting from February 16 election, don’t give in to vote buying and put yourselves into another four years of bondage. If you collect the money to prepare soup as they say, such can’t last you more than 48 hours. Vote for PDP because from our findings, people gladly wants PDP back, kindly endure for just two months as we’ll send APC packing.