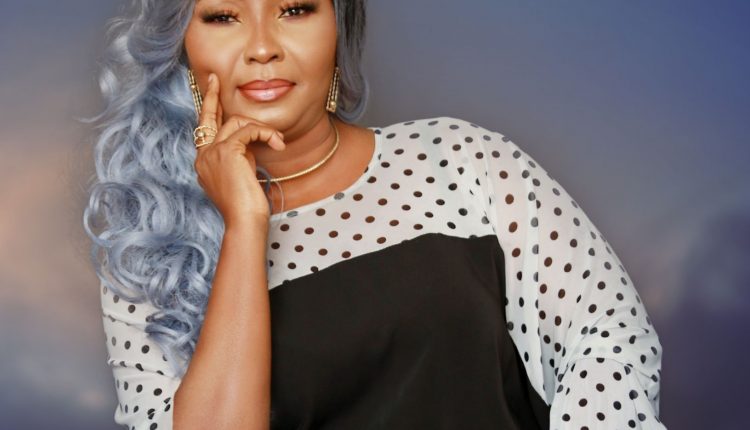 The Director for Women Mobilisation Governor Seyi Makinde 2023 Campaign and DG of the Balogun Makinde Vanguard(BMV)has sent congratulatory messages to all the recent appointees by the the Executive Governor of Oyo State Engr. Seyi Makinde.

In a press statement made available to newsmen and signed by Mrs Toyin Balogun, she also commended the Governor for the appointment of Party members and Stakeholders, most especially women to positions of responsibility within his government, while describing the governor as a Promise Keeper.

Read the full text of her Press statement below.

Hearty congratulations to all the recent appointees by our phenomenal and exemplary Governor;His Excellency Oluwaseyi Makinde.

We are especially grateful to His Excellency for the recognition of 4 of our women with relevant portfolios : Mrs Danjuma Odunayo,Mrs Funmi Arulogun, Miss Eniola Christabel and Dr Oluremi Faith Olufajo .

There is no gainsaying the fact that HE GSM is one of the standout leaders who recognises the critical and strategic role women play in governance and nation building if given requisite support and an opportunity to showcase their God given talents and competencies.

His Pro Women stance is clearly evidenced by his breaking the glass ceiling when he gave Oyo State its first female SSG in the person of the absolutely professional Mrs Olubamiwo Adeosun and when he enabled the emergence of about 11 women as LG Chairpersons and Vice Chairpersons; both happenstances being the first of their kind in the history of our dear state.

We have come to recognize you as a Promise Keeper Your Excellency.

This is in line with your commitment made at the last meeting with all aspirants in the state where you stated that though the promise to avail the female demographic 2 House of Reps candidates and 3 House of Assembly candidates fell through( through no fault of yours),you committed to ensuring that about 35% of ALL remaining appointments will be devolved to the female demographic in line with the relevant PDP Constitutional proviso.

We appreciate you greatly Your Excellency, for having the Force of Political Will to start the implementation of your promise.

Like Oliver Twist however,we crave your indulgence sir by asking for more because we are convinced that you are a Man of Honour who will fulfil every commitment made.

We also thank you in anticipation that even more of the female demographic; especially those who worked out their hearts in support of our 2019 victory and the female aspirants in the recent past primaries will form the bulk of the 35% appointments promised.

Recognition of the efforts of more of the female demographic will greatly aid our ability to shift the allegiances of undecided voters and even those presently committed to the other side.

This will further motivate those who worked in 2019 and others too to come onboard seeing those who contributed to our success in 2019 and the competent women with capacity to add value who valiantly threw their hats in the ring,standing up to be counted for the female demographic during the last party primaries being rewarded.

I look forward to celebrating even more recognition for our women.

From data and statistics at my disposal,the women of Oyo State account for a significant wallet share of the electorate in the State.

The world over,women are also known to be exceptionally committed and absolutely loyal to whoever they choose to pledge fealty to.

Your Excellency has started on the right footing by recognizing the contributions of our women.

Oyo state Women will reciprocate the courtesy and recognition Your Excellency has afforded them by rallying and deploying our women’s numerical strength,resolve,spiritual,physical and moral support behind the ascendancy of the GSM brand.

On behalf of the female demographic of the state,we promise Your Excellency our fullsome, immutable and unflinching loyalty and support.

Oyo State Women promise you a landslide victory come 2023 Your Excellency,God crowning our efforts with success.