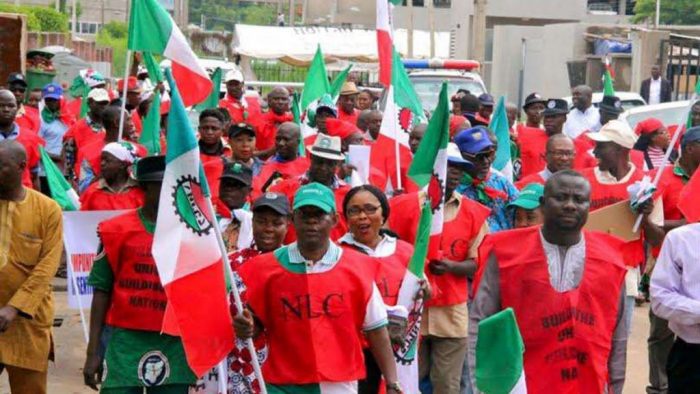 The Nigeria Labour Congress on Friday insisted that it will go on with its planned mass action scheduled for Monday, September 28.

In a communique by its General Secretary, Comrade Emmanuel Ugboaja, the NLC asked its members across the nation to come out in large numbers to protest the increase in fuel and electricity prices.

The order was given despite a fresh court order obtained by the Federal Government, barring the NLC and the Trade Union Congress from embarking on their planned strike scheduled to commence on Monday.

In the statement by Comrade Emmanuel Ugboaja, NLC asked all National Leadership of affiliates in Abuja to mobile at least 2000 of their members to Unity Fountain, Abuja for the mass rally which takes off at 7am.

Also, affiliates are expected to mobilise the same number of members to the NLC Sub-Secretariat, 29, Olajuwon Street, Yaba, Lagos, which is the take-off point for the Lagos action at 7am also.

The NLC Secretary also noted that all Presidents and General Secretaries are expected to lead and identify with their members at the take-off point.

Reverse fuel, electricity price, or?
Earlier in September, Organised Labour threatened to embark on a nationwide strike if the Federal Government refuses to reverse the recent increases in fuel and electricity tariff.

Nigeria Labour Congress (NLC) President, Ayuba Wabba while making the announcement in Abuja said the NLC’s central working committee (CWC) has resolved to issue a two-week ultimatum to the Federal Government to reverse the increase.

He said workers and Nigerians are disappointed that the government decided to increase both the price of fuel and electricity tariff at a time “other countries across the world are giving palliatives to their citizens to cushion the effect of COVID-19.”

“NLC central committee will also mobilise its members, civic society allies, and other social partners to resist this policy because it has driven many into poverty,” Wabba added.

Ahead of the threat by the Nigeria Labour Congress (NLC) to resort to industrial action, the Nigeria Governors’ Forum (NGF) held an emergency meeting of all the governors.