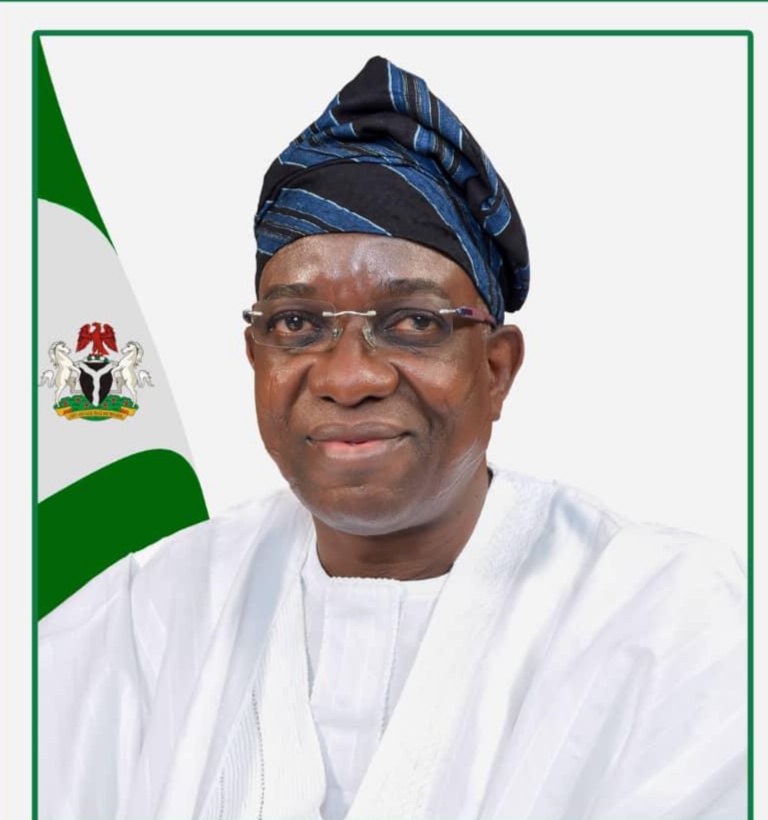 Following the demise of the ex Oyo state governor, Senator Isiaq Abiola Ajimobi and the controversy that has engulfed the communication between the Seyi Makinde led government and Ajimobi family, some members of family and aides of the former Governor have been engaged in a show that has been described as unwarranted, demeaning, and very disrespectful, at the 8th day Fidau Prayer for the late former governor.

As they continued to rebuff the hand of fellowship extended to the family of the late Governor by the government of Oyo State led by His Excellency, Engr. Seyi Makinde. Sunrisebulletin.com gathered.

Sunrisebulletin.com gathered that at the 8th day Fidau Prayer of the former Governor Oyo State Isaika Ajimobi, the Deputy Governor which held on Sunday in Ibadan at the Oluyole residence of the late ex governor, Engr Rauf Olaniyan, was denied access to the venue of the event having led a high powered delegation of the Oyo state government to the venue.

The Deputy governor who led the government delegation comprising commissioners and other top government officials on the approval of the executive governor, was kept waiting at the gate to the residence of late Senator Ajimobi on the strict directive of Mrs Florence Ajimobi, for over 15 minutes.

It was further gathered that even when security men at the gate went in to inform the ex first lady that the deputy governor was at the gate, no directive came back to grant his Excellency entry access.

At a point, the security personnel in uniform and mufti at the gates became very hostile and the ADC to the Deputy Governor was allegedly manhandled by men of the police force.

It was at this point that the Deputy Governor decided to leave the scene that was becoming tense and waited in his car to avoid unnecessary face off.

Having waited for a while to see if the situation would change to no avail, the deputy governor then proceeded to take his leave.

“It should be noted that the Deputy Governor put a call through to Alhaji Kunle Sanni, Chairman of Oyo State Muslim Council, who was among the officiating ministers, that he was at the gate and was being denied entrance. Alhaji Sanni responded that his hands were tied. This is clear indication that what transpired was premeditated.

“There was no truth in the family saying they were not aware that the state government delegation was at the gate because Mr Bolaji Tunji was severally called by men of Civil defence at the gate.

Even if the Deputy Governor arrived when the prayers had started, it is a well known fact in Islam that when prayers are on-going and a male walks in, it’s an indication that the prayers have received Allah’s acceptance.” The deputy governor’s media aid, Mr Omolere, said.

However, Engr Raufu Olaniyan, has reiterated that the visit of the government delegation to the 8th day Fidau Prayers of His Excellency Senator Isaika Ajimobi was a clear demonstration on the part of His Excellency, Engr Seyi Makinde, that the late Governor is held in high regard adding that the Oyo state government only wanted to show respect to the late governor at the Fidau prayers held in his honour.

The Deputy Governor has also said that the deputy governor would like to put it on record that despite the way the Engr Olaniyan, was treated by the Ajimobi’s family, which he has refused to take personal, the displayed maturity is prerequisite for the exalted office of the deputy governor and therefore, hold no grudge against the Ajimobi family stressing that he will continue to pray that Allah grants the departed former Governor Al-Jana Firdaus.

Engr. Raufu Olaniyan had also expressed displeasure and deep concern over the highly unprofessional and unruly conduct of the police personnel at the venue.