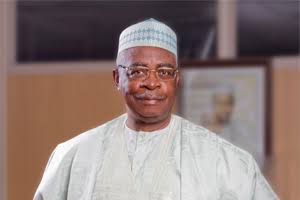 The Centenary Anniversary Award night of Cathedral Church of Christ, Marina, Lagos that held on December 9, 2019 at Habour Place, brought together movers and shakers of the society.

The Centenary Grand Patron, Theophilus Y. Danjuma, during his speech, aligned himself with the ambitious Centenary City and advised that the project must not be rushed, as Rome was not built in a day. He gave N5b to the project, while promising to support with N1b every year.

The Diocesan Bishop Rt. Revd Humphrey Olumakaiye commended the awardees, saying they were legends of the Diocese. Those who got awards, included the Governor of Lagos State, Babajide Sanwo-Olu; former Lagos State Governor, Senator Ahmed Tinubu; Prof. Bolaji Akinyemi; Oba Otudeko and Wole Okunfulure, among others.

Oyo State LG Caretakers List Is A Reflection Of Wider Consultations Among Party Leaders, Another Pacesetting In Oyo State — Agbarapo