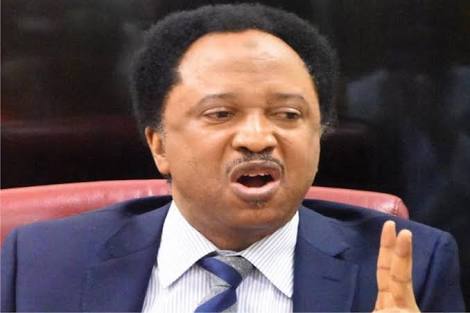 The former senator representing Kaduna south at the National Assembly, Senator Shehu Sani has lampooned the federal government of Nigeria over its approach to distribution of palliative to Nigerians under lockdown due to COVID-19 pandemic.

The ex senator who is widely known for always speaking his thoughts on national issues especially on welfare of Nigerians made this disclosure via his verified twitter handle @Shehusani on Friday.

He wondered why it was impossible for the federal government to pay all Nigerians at least N5,000 (five thousand naira).

Senator Sani stressed that it was irrational and illogical to deny Nigerians Palliative of N5000 noting that this should not be since the official minimum wage of workers in Nigeria is N30,000 (Thirty thousand naira).

He said “In a country where the minimum wage is officially 30k;to deny a citizen 5k because he has 5k in his account under lockdown with no end in sight is illogical and irrational.”

Sunrisebulletin.com went into town within Ibadan metropolis to hear people’s views over the decision by the federal government.

Most Nigerians expressed their displeasure at FG decision to pay only Nigerians who have less than N5,000 in their bank accounts stressing that it was insult on the sensibility of Nigerians that N5,000 was government definition of rich Nigerians.

A mechanic who expressed his anger under condition of anonymity stated that the government by that decision was overstretching the patience of Nigerians because it was the government that declared the stay at home order.

Mrs Labake Arulogun (not real name) said that it was absolutely wrong for government to embark on such policy since it was the same government that ordered everyone to stay at home thereby denying Nigerians access to their sources of livelihood.

Nigerians have however continued to groan under the lockdown calling on federal government to rescind its decision to only pay those it described as poorest of the poor stressing that the brunt is felt by all regardless of individual financial status in the bank noting that there was nothing like such in all countries of the world where government were sincere with giving succor to its citizens under lockdown due to the pandemic.