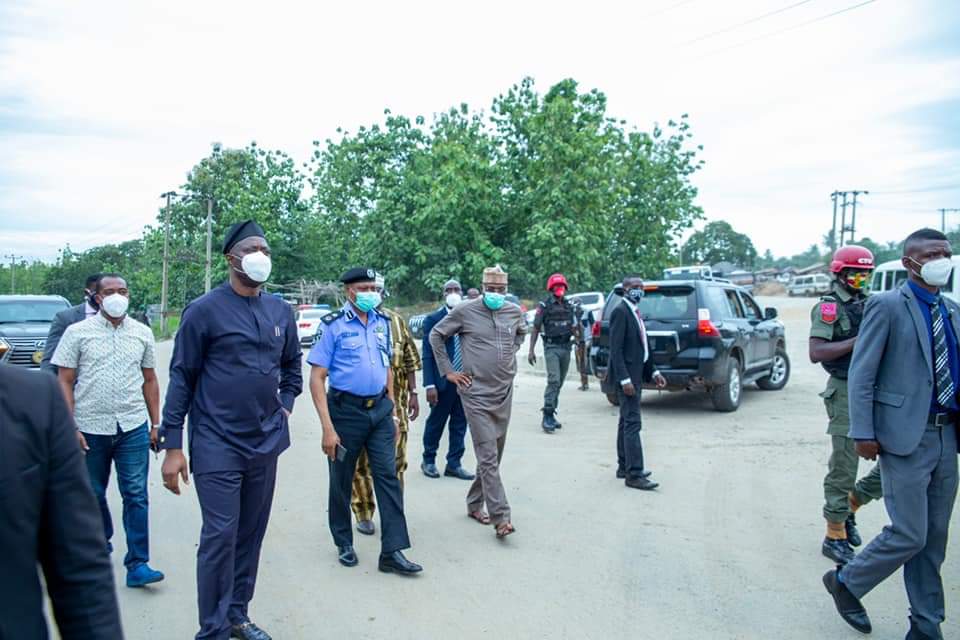 The executive governor of Oyo state, Engr Seyi Makinde, on Thursday, embarked an on inspection tour of the state’s borders with neighbouring states with a view to ascertain level of security monitoring and compliance.

He stated that the state will ensure strict compliance with the inter-state lockdown order agreed upon by governors of the South-West states
adding that although, compliance with the order has not been 100 per cent, the security officers monitoring compliance had been doing their best.

The governor, who stated this shortly after inspecting Oyo State borders with Ogun in Bakatari and Dalley towns, among others, said the compliance in some borders inspected were 100 per cent, while that is yet to be accomplished in some others.

He said: “Well, the compliance is not 100 per cent but with what we saw at those boundaries, the front line security officers are trying their best. Of course, they do have challenges. There is no place for them to stay and it is threatening to rain now. Vagaries of weather have been affecting them and we also have to do some certain things to make them comfortable so that they can do their work.

“Apart from the express road coming from Lagos to Ibadan or from Ibadan going to Lagos, where you have a lot of traffic and challenges, things are a little bit decent at the other minor border posts.”

When asked on what punishment would be meted out to violators of the inter-state order, Governor Makinde explained that the approach would have to be holistic and that there will be discussion with his colleagues in the neighbouring states on the measures to adopt to sanction violators.

“On punishment for defaulters, we are still looking at it. I am a firm believer in holistic approach to issues. If we are asking defaulters to be punished, are we offering any carrot to them? Is there enough enlightenment? I have to discuss with my colleagues in the neighbouring states.

“We had said that each governor should take charge of the inter-state motor parks in his area because once these are locked down, we will see a lot of reduction in people trying to move out,” the governor said.

Governor Directs Teachers To Resume On Monday May 4