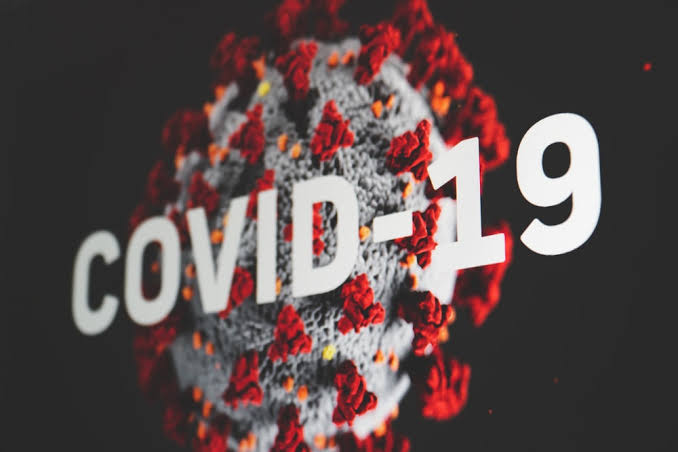 Following the confirmation of Delta variant of COVID-19, the Federal Government of Nigeria has placed six states including the FCT, Abuja on red alert in order to intensify efforts on the campaign against the disease.

According to a signed press statement dated July 17 and made available to newsmen by the Secretary to the Government of the federation, Boss Mustapha, the federal government said that rising cases of infection and hospitalization in parts of the country has become worrisome.

The FG warned that all 36 states of the federation including the FCT must as a matter of urgency heighten their level of preparedness and also continue to enforce all COVID-19 protocols put in place. 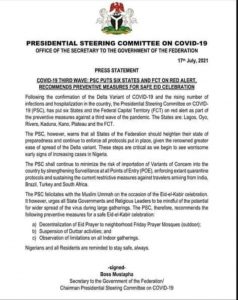 “Following the confirmation of the Delta variant of COVID-19 and the rising number of infections and hospitalization in the country, the Presidential Steering Committee on Covid-19 (PSC) has put six states and the Federal Capital Territory (FCT) on red alert as part of the preventive measures against a third wave of the pandemic. The states are Lagos, Oyo, Rivers, Kaduna, Kano, Plateau, and the FCT.

“The PSC however, warns that all states of the federation should heighten their state of preparedness and continue to enforce all protocols put in place given the renowned greater ease of spread of the Delta variant.

“These steps are critical as we begin to see worrisome early signs of increasing cases in Nigeria.

“The PSC shall continue to minimize the importation of Variants of concern into the country by strengthening surveillance at all Points of Entry (PoE), enforcing extant quarantine protocols, and sustaining the current restrictive measures against travelers arriving from India, Brazil, Turkey, and South Africa,” the statement reads in part.

The federal government however, felicitates with Muslims across the country on the occasion of 2021 Eid-el Kabir, urging them to maintain full compliance with COVID-19 protocols t all prayer grounds including decentralization of Eid Prayers to neighborhood Friday prayer mosques.

Ilaka Disassociate Self From Governorship Poster In Circulation.