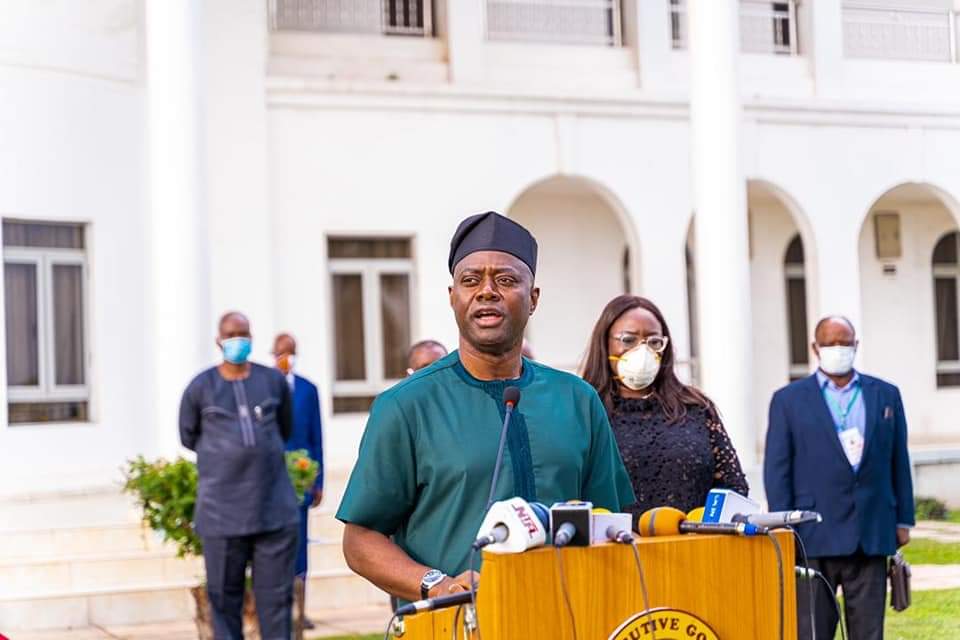 The Oyo State COVID-19 Task Force, on Sunday, relaxed the existing curfew imposed on the state in respect of the ravaging COVID-19 pandemic to between 8.p.m. and 5 a.m.

A statement by the Chief Press Secretary to Governor Seyi Makinde, Mr. Taiwo Adisa, confirmed that the decision was reached at the COVID-19 Task Force meeting presided over by the governor on Sunday.

According to the statement, the state has so far recorded 233 COVID-19 positive cases, while 171 of them are active cases.

It stated that a number of creative measures were approved for implementation by the Emergency Operations Centre (EOC), which coordinates the operations of the thematic segments of the containment drives.
One of such is the approval of a facility in Ibadan for use as observation and isolation centre for a category of patients after thorough reviews.

“The Oyo State COVID-19 Task Force headed by His Excellency, Governor Seyi Makinde has approved that the curfew currently in force in the state runs from 8 p.m. to 5 a.m. The new directive replaces the initial order which pegs the curfew at between 7 p.m. and 5 a.m.

“Agreement has been struck with the management of a facility in Ibadan to provide bed spaces for a number of positive cases, whose status have been well considered by the experts,” the statement read.
It advised farmers in the state to take advantage of the decision to stop the curfew at 5 a.m. to enhance their farming activities.

According to the statement, the state government is also wrapping up further renovation and face-lifting activities at its Isolation centres located at Agbami, Jericho, Ibadan, Igbo-Ora, Ogbomoso, Saki and Aawe, near Oyo town.

Besides, the statement also indicated that the planned community testing, which could not be kickstarted at the weekend owing to the festivities and public holidays, would commence by the end of the week.

The Task Force stated that training of health workers who will participate in the exercise will commence in the 10 locations after the holidays.