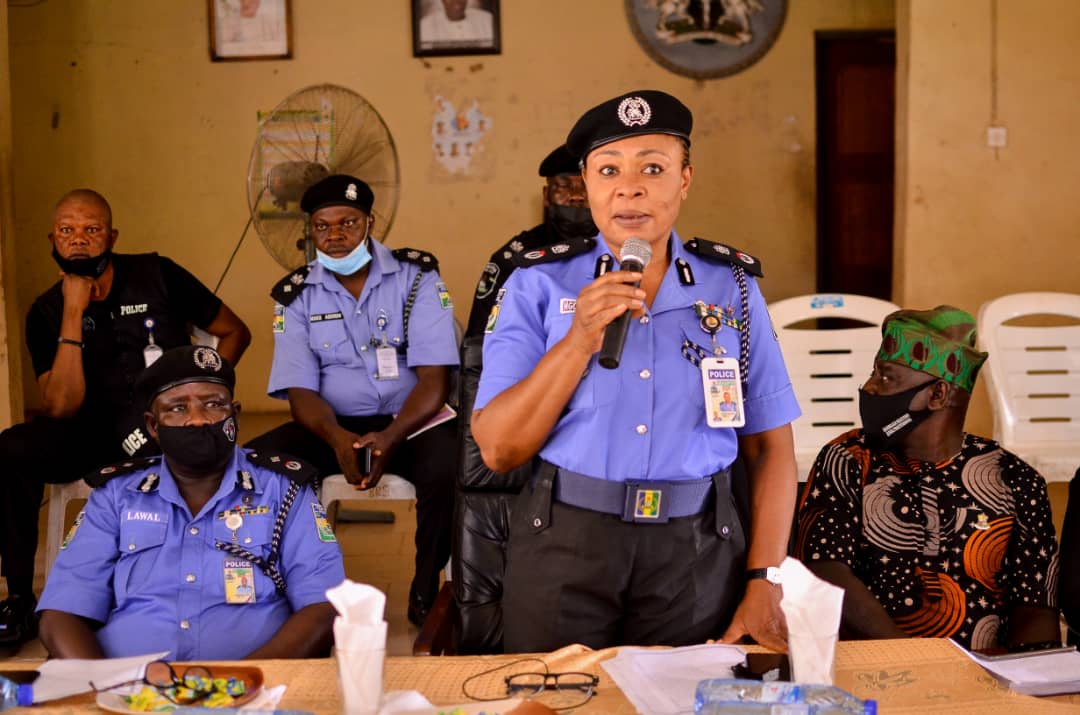 The Oyo state Police Command has said that as part of its efforts to stem the tides of insecurity in Oyo state especially at the grassroots and community levels, the state command has solidified partnership with critical security stakeholders and other security agencies in the state.

The Oyo state Police Public Relation Officer, DSP Adewale Osifeso, in a press release signed on behalf of the Commissioner of Police, CP Ngozi Onadeko, on Thursday 5th of May and made available to sunrisebulletin, maintained that this development is part of proactive measures lined up to tackle security challenges in the state. 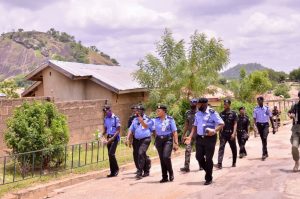 “Top on its agenda was the involvement of all participants in proffering meaningful solutions to security challenges. The meeting had in attendance; Community heads, Religious leaders, Social workers, Government representatives, County hunters, Local vigilantes, Law Enforcement Agents and the Media.

“The meeting was particularly fruitful as participants freely discussed and promised their unflinching support to the officers and Men of the Command. They also showered encomium on the Police for the recent strings of recorded breakthroughs.

“The meeting was then brought to an end with a promise of a periodic feedback process from the stakeholders. The CP also promised an increase in the deployment of Tactical and Intelligence assets to the jurisdiction and appealed for provision of credible and timely information. In attendance were; CP Ngozi Onadeko fdc and her management team, Commandant of Amotekun Security Outfit, (Rtd.) Col Olayanju Olayinka, Asawo of Ayete, Oba Emmanuel E.Okeniyi. Asigangan of Igangan, Oba Lasisi Adewuyi Jp and representatives of other Security Agencies.” The statement concludes.

Meanwhile, the state police command earlier, has urged all residents and voters in the state to ensure that the forthcoming local government election slated for May 22 is violent free.

CP Onadeko, who admonished residents and voters at a meeting which held at the Oyo State Independent Electoral Commission (OYSIEC) Conference room, Agodi Quarters, Ibadan, charged voters to shun all forms of violent conduct that may disrupt the exercise.

Present at the meeting are officers of the Nigerian Police, Nigerian Army, Nigerian Security Defence Service Commission, National Correctional Services amongst others provided platform to dialogue and strategise ahead of the poll.

Speaking shortly after the meeting, CP Ngosi Onadeko, enjoined politicians to shun violence before, during and after the election.
She noted that the election of candidates in any election should not be attributed to violence, saying that such would not in any way reflect true democracy.

Onadeko said further that the police would collaborate with sister agencies to ensure safety of lives and property before, during and after the election.

The CP also admonished commission members to facilitate meeting with the representatives of political parties with the security agencies on the need to promote peace during the election.

“You don’t win elections through violence , you elect people that you really want them to serve you.

“Shun violence and criminality and let’s have a free and fair election For the security agencies, we will ensure security of lives and property during and after the election.

The Commission Chairman, Aare Isiaka Abiola Olagunju, SAN, hinted that the meeting was facilitated to mapout strategies to be adopted to ensure the atmosphere is peaceful for electorates to cast their vote on eletion day.

Aare Olagunju, while apperaciating the security agencies for the collaboration, assured the people of the state of an election that will be free of violence and harassment of voters.

Fayemi To Adeyeye: Formation Of SWAGA For Tinubu 2023 Is Anti-Party