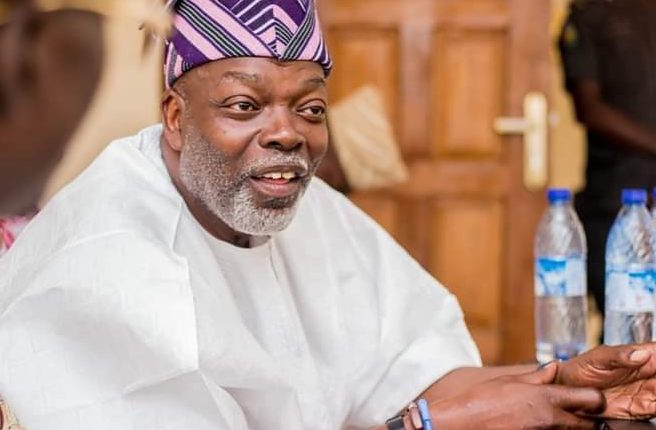 Chief Oyebisi Ilaka Is One Of The Best Brains Oyo Will fFeld In The Next Election. – Comr. Badmus Tolulope A

Chief Oyebisi Ilaka Is One Of The Best Brains Oyo Will fFeld In The Next Election. – Comr. Badmus Tolulope A

Oyo Senatorial position requires a great representation, it requires projecting a vibrant and strategic candidature. Oyo needs an eloquent and vibrant representative, not those that will go there to sleep. Ilaka’s intellectual capacity is second to none, a very reason I make bold to say that the smartest decision Oyo Central Constituents would make is voting Ilaka in 2023, he is the best the people of Oyo central must strive to represent them.

Going by his achievements, even before holding any public office, his zeal for Oyo central development, his beautiful intensions, his love for young and old, his passion towards taking his people out of poverty as well as his consistency, all these are clear indications that Ilaka is a God sent, who has come to rescue his people.

Let’s come to think of it, aside her distinguished who was able to compensate the people of Oyo central during her spell as senator (Alhaja Mosura Sumonu), others have contributed little or insignificant to the development of the constituency. I am so sure the representation of Chief Oyebisi Ilaka will go a long way in correcting the abnormalities witnessed in Oyo central over time.

2023 election is around the corner, Oyo central must get it right again, the last time we did was eight years ago, let us stand for a man whose philanthropic act speaks volume, a man who has touched several lives and has contributed immensely to the development of the society, Badmus noted.

Comr. Badmus is a political scientist, Public Relations handler and a media strategist.