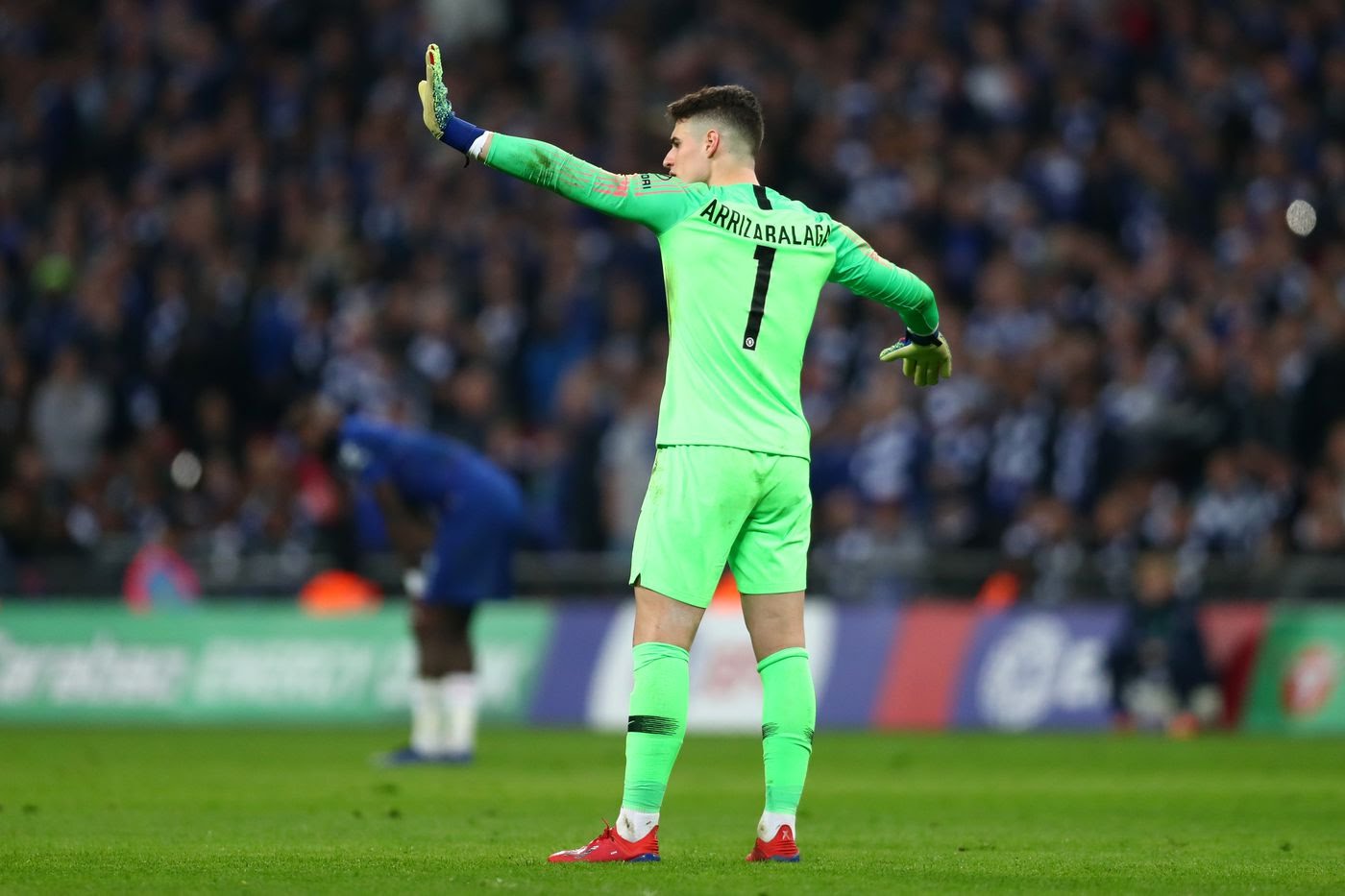 Chelsea Fines Kepa £190,000 For Refusing To Be Substituted In A Match

The Spanish stopper apologised to fans for his actions which left Blues boss Maurizio Sarri furious at Wembley.And the 24-year-old keeper was fined £190,000 by the club, which was donated to the Chelsea Foundation.Kepa said in a statement on Chelsea’s official website: “Although there was a misunderstanding, on reflection, I made a big mistake with how I handled the situation.“I wanted to take the time today to apologise fully and in person to the coach, to Willy, my team-mates and to the club.“I have done this and now I want to offer the same apology to the fans.form“I will learn from this episode and will accept any punishment or discipline the club decides is appropriate.”Blues manager Sarri insisted the matter has been put to bed and Chelsea are focused on their clash with Spurs on Wednesday.Sarri said: “‘Kepa and I have spoken about the incident. It was a good conversation.“There was a misunderstanding yesterday but he realises he made a big mistake in the way he reacted.“He has apologised to me, his team-mates and the club.“It is up to the club if they want to discipline him according to the club rules, but for me this matter is now closed.“Everyone’s focus is now on the next game and we must all now put this behind us.”SunSport revealed that Sarri laid into Kepa in the dressing room after Sunday’s loss to Manchester City at Wembley.Both manager and goalkeeper were at Cobham on Monday as Chelsea returned to work in preparation for their Tottenham showdown.