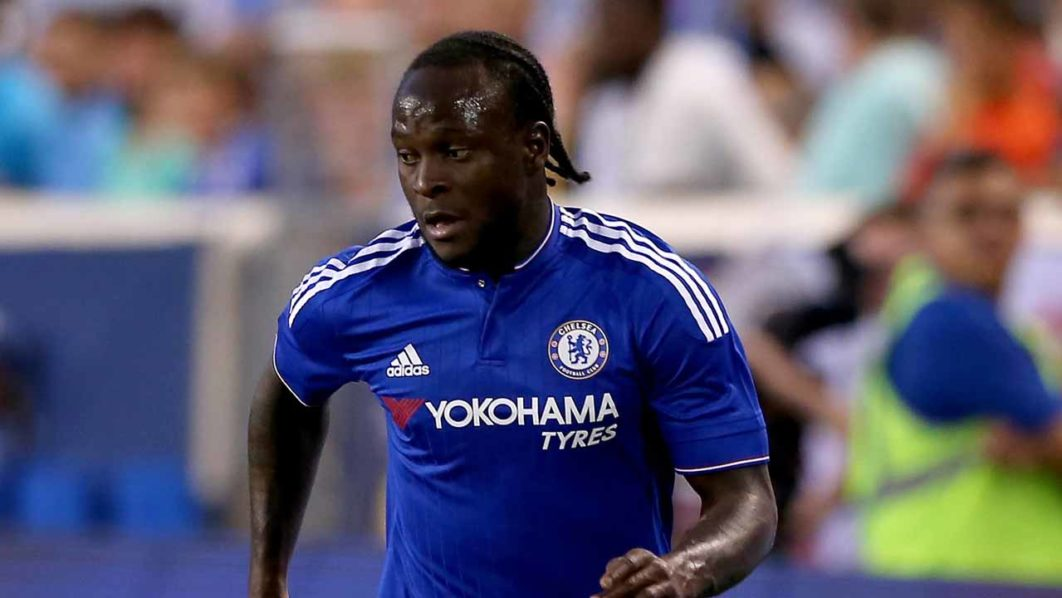 Chelsea Manager, Mauricio Sarri has told former Nigerian international, Victor Moses that he is not in his plans and therefore should be ready to leave.

Moses was a super regular in Chelsea’s line up during Antonio Conte’s reign, but since Sarri took over in Stamford Bridge, the Super Eagles former star has made only one appearance on the team.

On Wednesday when Sarri named a largely second team in the Carabao Cup clash with Derby County, Moses was not even in the matchday squad prompting questions on his continued stay with the London side.

Footballlive.ng quotes the Italian as saying last night that Moses has not been in his squad only because he does not know where the 27-year-old Nigerian can fit in.

Reports rom London said Sarri has already held clear-the-air talks with Moses and told the star he is not in plans for the team, hence his absence on Wednesday.

Moses has made only one start this season and was a surprise omission from the squad against Derby, despite training with the team the previous day.

However, additional information reveals that his former coach at Chelsea, Jose Mourinho, who is now in charge at Manchester United, is on the hunt for Moses.

Mourinho actually needs a new striker, as both Romelu Lukaku and Marcus Rashford have not totally convinced this season with only five goals between them in 24 competitive games, but Moses could fit in.
The three attack-minded players being considered by the old Trafford outfit are Moses, Eintracht Frankfurt’s Croatia star Ante Rebic and AS Roma’s Cengiz ünder.

After joining Chelsea in August 2012, Moses was farmed out on loan to Liverpool, Stoke City and West Ham United before the arrival of The Blues’ former manager, Antonio Conte.

The 27-year-old winger, who has a contract with Chelsea until June 30, 2021, found his range under Conte, but things have gone back to his ugly early days at Stamford Bridge, and he is heading out again.

Credibility of 2019 elections may be threatened by electronic manipulation, INEC warned