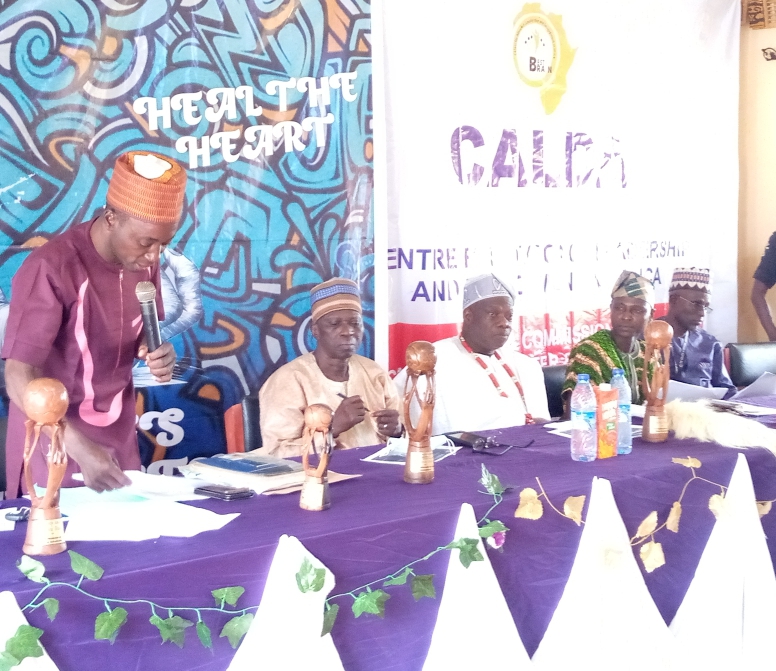 The Federal and State Governments have been called upon to review or activate relevant policies and laws that will encourage active participation of youths in agriculture.

This was part of the submissions by stakeholders at the 5th annual lecture, organised by Centre for Advocacy, Leadership and Development in Africa (CALDA), to commemorate this year’s International Youth Day.

The theme of the lecture was: “Youth Inclusiveness Towards the Realisation of Global Food Security and Sustainable Development.”
NAN also reports that the event took place on Thursday at the conference hall of Adeseun Ogundoyin Polytechnic, Eruwa, Oyo state.

Acting Rector of Oyo State College of Agriculture and Technology, Igboora, Mr Olaniyi Adekunle, said that agriculture needed to be developed, if the nation must have a sustainable economy.

According to him, youths’ participation in agriculture has to start with workable policies and programmes.

“We need to train, engage them and allow them to be self- sustaining. Youth restiveness and insecurity will be reduced minimally if government can do this,” Adekunle said.

He noted that the Gov. Seyi Makinde-led administration had started using agriculture to develop the economy of the state.

The acting rector pointed out that the two farm settlements at Eruwa and Ologuneru in Ibadan, which the state government was trying to upgrade to farm estates, would play vital roles in youth-inclusiveness in agriculture when they materialised.

He advised government to make provision for market by buying farm products once they were produced, saying that such would encourage more people to go into large scale agriculture since there would be market to sell whatever they produced.

Also speaking, Mr Wole Ayanrinde, acting Director, Directorate of Vocational Scheme and Entrepreneurship Centre, Adeseun Ogundoyin Polytechnic, Eruwa, called for the strengthening of the appeal of agriculture and food systems to young people in order to secure the future.

He called for concerted efforts to make agric sector more attractive to young people and promote their capacities to generate income.

Ayanrinde also advocated for development of systems, policies and programmes that would engage more youths in agriculture and agricultural professions.

A Public Speaker, Mr Akintayo Akinyemi, advocated for that agriculture should be made a compulsory subject for students at all levels of study, as part of youth awareness towards agricultural practices.

He maintained that improved agricultural facilities, such as tractors, harvesters and other equipment, should always be made available to farmers.

The debate’s topic was: “Are youths truly agents of food security and sustainable development in Nigeria?”

The Convener of the event, Mr Ojewola Olawale, who doubled as the Director-General of CALDA, said that it was aimed at bringing together leaders of thoughts.

He said that it was also put together to share insights and broaden the thinking around how youth potentials and capacities could be engaged and harnessed to help build a sustainable and inclusive economy.

Among the dignitaries at the occasion were: the traditional ruler of Igboora, Oba Jimoh Titilayo and the Speaker, Oyo State House of Assembly, Mr Debo Ogundoyin, who was represented.

Chelsea’s Lukaku Ahead Of Neymar, Ronaldo As Most Expensive Player Ever