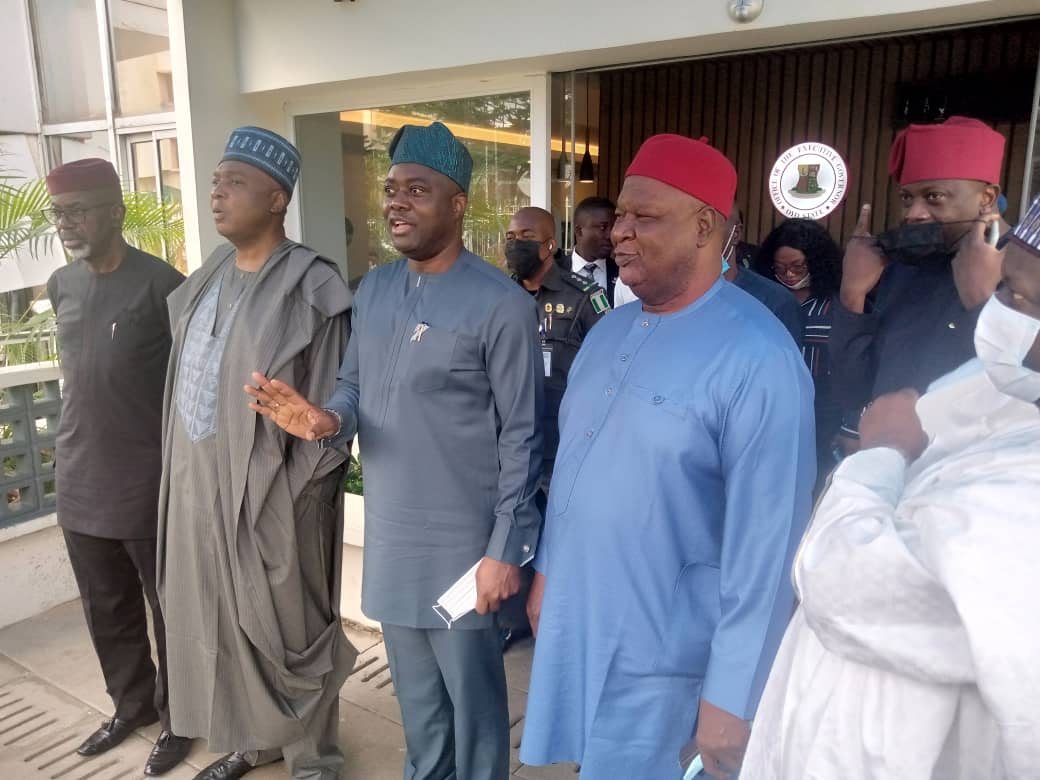 Members of Peoples Democratic Party’s National Reconciliation Committee led by its Chairman, Abubakar Bukola Saraki has visited Governor Seyi Makinde of Oyo state in a move to reconcile all aggrieved party leaders in the state.

Former Senate President Anyim Pius Anyim, and former governor of Cross River State, Liyel Imoke, who are all members of the PDP National Reconciliation Committee alongside other top national PDP leaders were among the entourage to Makinde’s office.

The purpose of the visit as of press time is still unknown as neither Makinde nor any member of the team were yet to make any official statement but feelers inside government have it that the visit is targeted at reconciling all aggrieved party members in Oyo state chapter of PDP has left party members in the state with a sigh of relief.

Upon arrival at the Office of the Oyo state Governor in Ibadan on Tuesday August 3, the PDP leaders headed straight to Governor Makinde’s courtesy room for a brief closed door meeting.

Addressing Governor’s office correspondents shortly after their closed door meeting, Governor Makinde said that the team has one or two meetings to hold with unspecified others speculated to be some of the aggrieved members of the PDP in the state.

Makinde however, assured that the press will be duly briefed on the outcome of their meeting.