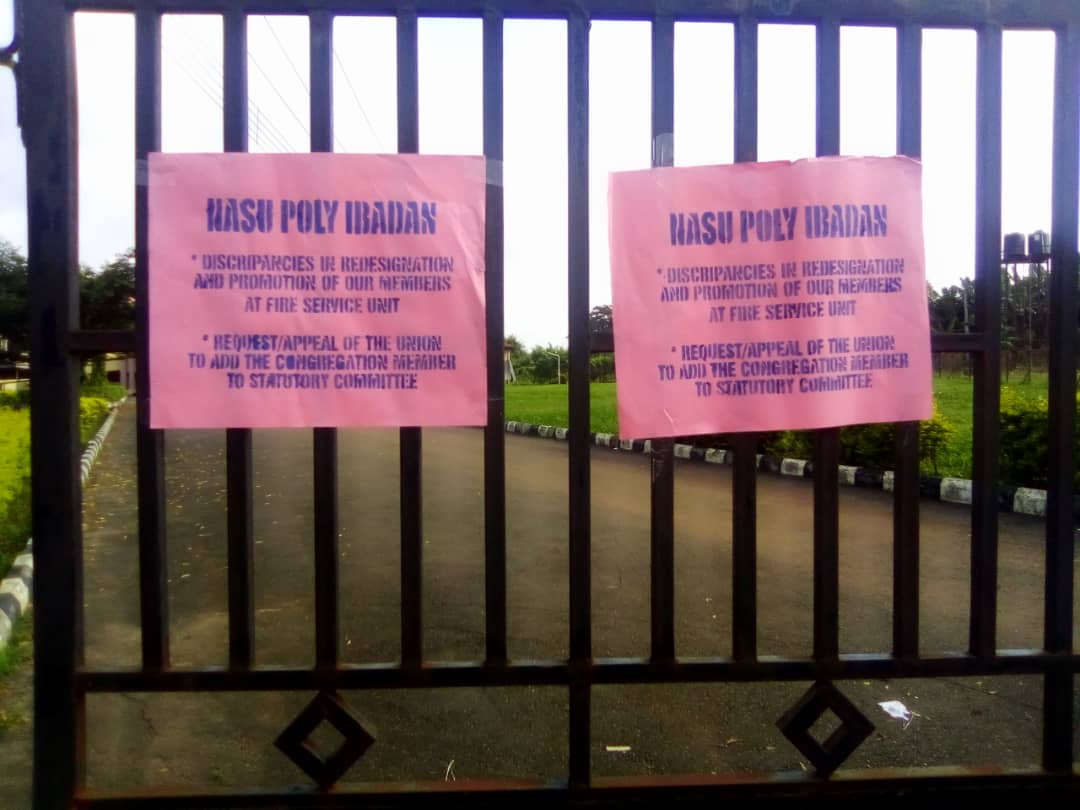 The Non-Academic Staff Union, NASU, Polytechnic of Ibadan branch, this Monday, commenced a 3-day warning strike over non-implementation of the new minimum wage by the Oyo state government.

Sunrisebulletin.com correspondent, Henry Odeh, who monitored situations at the polytechnic of Ibadan, reports that the the Non-Academic Staff Union, NASU, blocked the central administrative building of the institution and prevented the teaching staff from accessing their offices.

However, members of the Non-Academic Staff Union, who were armed with placards to express their demands, allowed the first semester examinations of the Polytechnic, Ibadan, slated for November 2nd, 2020 to take place.