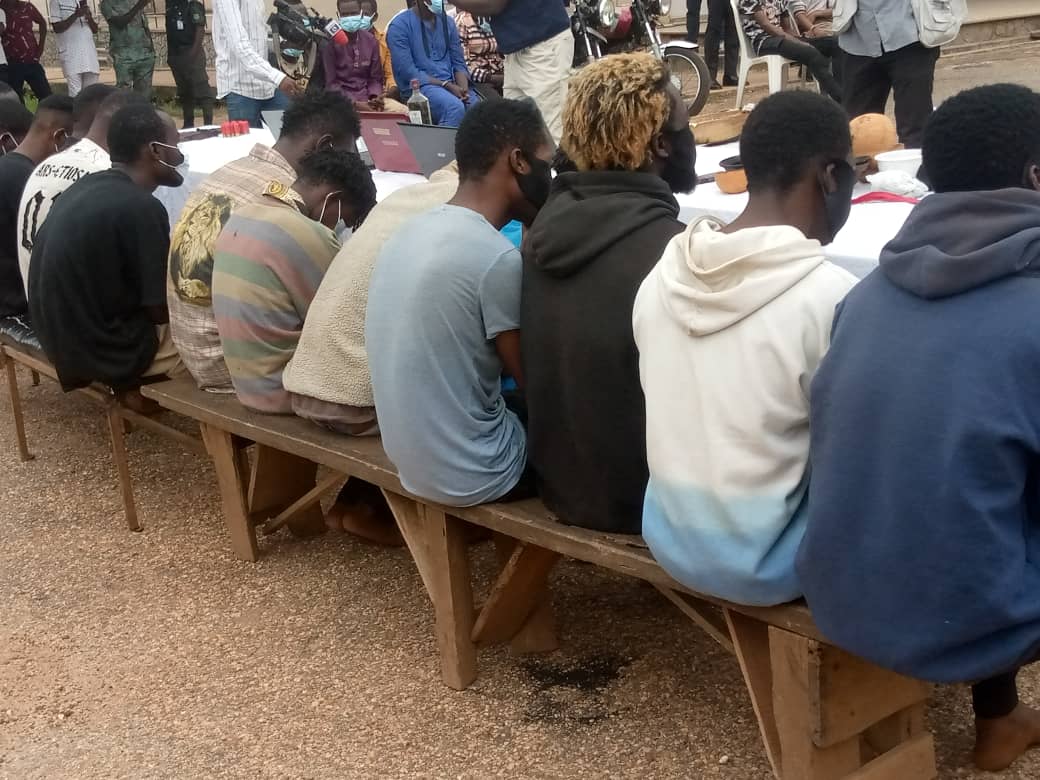 The Oyo State command has again recorded another feat in its fight against crime and criminality in the state has apprehended and parading suspected kidnap kingpin in Ibadan alongside other members of a syndicate including a gunrunner who masterminded the kidnap of one Mrs. Oni Salawu Aderiyike Juliet on May 25 in Ibadan, the Oyo State capital.

The suspected kidnappers who have operated as a syndicate in Ibadan have according to their confession during police investigations abducted the victim for ransom.

The Oyo State Commissioner of Police, CP Ngozi Onadeko, while addressing the press shortly before parading the suspected criminals, commended officers of the state Police Command for their gallantry in bursting and apprehending the suspected notorious kidnappers and members of an all male criminal syndicate.

The Oyo Police boss, CP Onadeko noted that On 3rd July, 2021 at about 2030hrs, the state police command received a credible information at the Monitoring Unit office in Ibadan that the members of a dreaded kidnapping syndicate that masterminded many of the high profile kidnapping cases and other related heinous crimes in Ibadan and other parts of Oyo State were sighted in their hideouts.

She added that a team of operatives attached to the police unit upon receiving the intelligence immediately swung into action leading to the arrest of the kidnap kingpin of the deadly criminal gang and other members of his syndicate in their various hideouts within Ibadan metropolis.

Items recovered from this group include 3 locally made Cut-To-Size Barrel Guns, 15 gun cartridges, one Toyota Camry car and one brown Rado female wristwatch.

The suspects have since confessed to the kidnapping of Mrs. and also confirming ransom collection of N3.5 million (three million five hundred thousand naira) from the victim’s family members before she was eventually released.

“In swift response to evolving criminal trends, as the lead agency on internal security, the Command through purposeful driven intelligence, re-designed its operational and tactical architecture to comprehensively engage and surpass these challenges with the full cooperation of relevant sister agencies in strategic concert with local hunters and vigilantes.

“Upon interrogations, the suspects confessed to the kidnapping of one Mrs. Oni Salawu Aderiyike Juliet on 25th May, 2021 at about 2200Hrs at Aromolaran area, Ibadan and confirmed that they collected ransom of Three Million Five Hundred Naira from her relatives before she was released from their captivity after eight days. 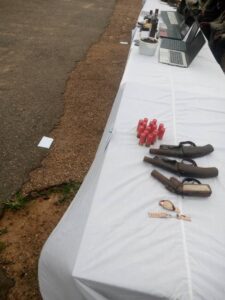 “Further investigation later led to the arrest of the syndicate’s gunrunner who identified himself as Yusuf Akinwale.

“The gunrunner confessed to have procured/produced guns used by the kidnappers for the criminal activities,” CP Onadeko stated.

The Police boss however said that the listed items the victim was dispossessed of were recovered from the suspects.

In her remark, the victim, Mrs. Oni recounted her experience in the kidnappers den, describing it as very traumatizing experience.

She however, commended officers of the Nigerian Police, Oyo State Command for their gallantry in the entire investigative process leading to her freedom.