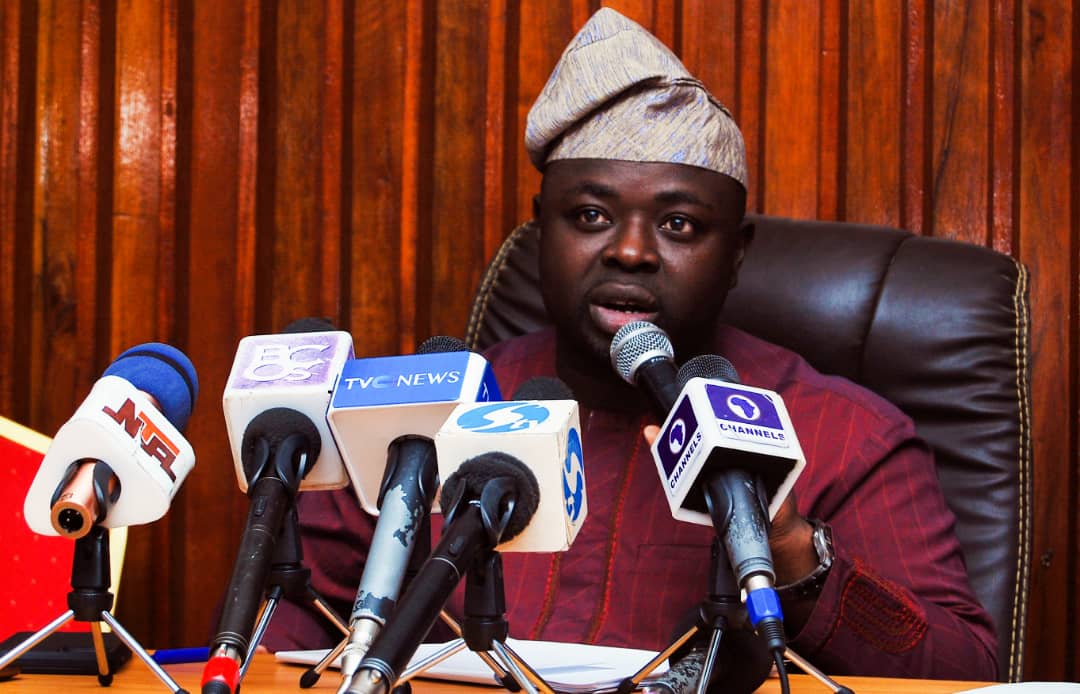 The Oyo state government through the ministry of public works, transport and infrastructures, has unveiled new revenue collection architecture in the state in a bid to bring a perpetual end to extortion of commercial motorists, block financial leakages and improve on its internally generated revenue (IGR).

The honorable commissioner for public works Prof Raphael Afonja, who made this disclosure on Friday while addressing the press at the conference room of the ministry stated that the move is to ensure that Oyo state government improves on its mode of revenue collection and to add value to the services of the commercial motorists by way of insurance against any unexpected eventuality adding that the state is already collaborating with the federal road safety core (FRSC) to the effect.

He said that the names of the park managers who will commence collection of revenues at the motor parks on behalf of Oyo state government will be announced, and inauguration of the managers by Monday.

Prof Afonja stated further that the new arrangement is necessitated by the fact that the state government has continually lost high revenue from the motor parks to illegal revenue collection as a result of the proscription of National Union Of Road Transport Workers (NURTW) adding that the union remains banned until the governor decides otherwise.

He said that all the parks across the 33 local government areas and LCDAs will engage the services of secretaries and treasurers that will properly keep records of activities at the parks for a more efficient revenue remittance.

In a reaction by the honorable commissioner for information, culture and tourism Hon Wasiu Olatubosun over speculations and stories that has gone viral on social media about reinstatement of Alhaji Mukaila Lamidi popularly known as Auxiliary as manager of the parks, stated that there is no such thing as manager of the parks as each local government will be managed by a park manager who will be accountable to the state government.

He added that Alhaji Mukaila Lamidi is a bonafide son of Ibadanland and even if his name emerged as one of the park managers, it would not be as a member of NURTW but as a park manager employed by Oyo state government to collect revenue on its behalf.

Prof Afonja however assured that the state government has pegged charges per commercial vehicle and motorcycle at N200 (two hundred naira) so as to avoid extortion.

He said the Nigerian Police and other security agencies have been informed about the new development and charged security operatives on maximum cooperation and support towards this new development.

PHOTO: Election Held In Bauchi State To Decide Who Gets To Marry A Lady