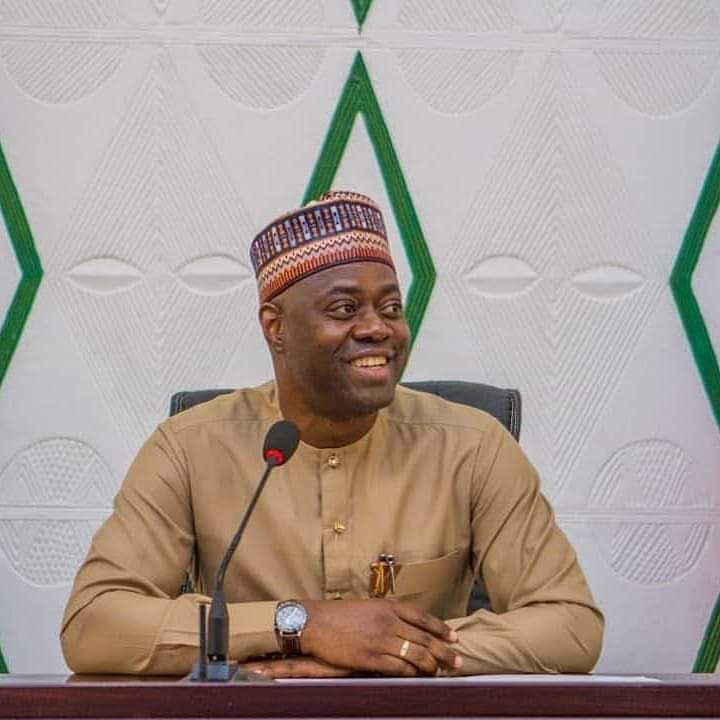 Oyo state governor, Engr Seyi Makinde has explained the reason why the state Secretariat was opened to business despite the COVID-19 pandemic saying it was to strike a balance between the physical health and the economic health of the state.

Answering questions on Live radio programme Monday, the governor stated that the population of the workforce at the secretariat was about fifteen thousand and the cadre of level 13 asked to resume work was just about three thousand.

Governor Makinde stressed that those in this cadre have their separate offices, and meetings will be held on-line while visitors will be restricted so that all precautionary measures will be taken.

The governor reminded the state that workers got their salaries last Friday 24th of the month and some people will have to do the work.

Asked if he was satisfied with the limited rate of testing which as at the time of the interview stood at six hundred plus, Engr Makinde used the opportunity to express gratitude to all members of the COVID-19 team and stressed that actions are taken based on the advice of experts.

He recollected that when he tested positive,all around him were tested and out of thirteen, only one tested positive and the same method is used to ascertain potential carriers when we see somebody positive.

On the protection for health workers, the governor said he has just approved a package for them including volunteers and that some of his Special Advisers are already working out the modality to manufacture the materials locally which obviously would be one of the gains after the pandemic.

Speaking on the communication gap between the state government and the University College Hospital, Ibadan, the governor stated that the two had been working harmoniously until there was a little friction but disclosed that a line of action is already in place to have a better relationship.

On the level of compliance to the government directives on partial lock down, the governor said all avenues are being exploited not to put the people at risk including the use of technology, he however stressed that if any community is found suspicious to harbour the pandemic, the government would not hesitate to lock down the community.

Governor Makinde disclosed that the government is working with the University of Ibadan to see the possibility of natural remedies and reiterated that when in isolation he used black seed oil, honey, carrots and vitamin c adding that we don’t necessarily need to wait for the western world before finding solutions.

On the distribution of palliatives, he disclosed that it will be done simultaneously in all the local governments this week but there won’t be a total lock down for the purpose as suggested by the committee in charge and added that another kind of palliative will come later to farmers who personally told him that the kind of palliative needed are seeds and farming implements.

The intention, according to him, initially was to have part of the rice given by the federal government equally distributed, until they discovered the rice wasn’t good for human consumption, he said Ekiti state governor told him the same story and wondered why some people are criticising the action of the government as if they wanted to plunge the state into another health crisis.

The governor used the occasion to felicitate with Muslim faithfuls on the Ramadan fasting and stated that he would be moving round some political Muslim leaders to break fast with them.

COVID-19: Coalition Of Nigerian Lawyers Drag China To Court, Demands $200b As Damage