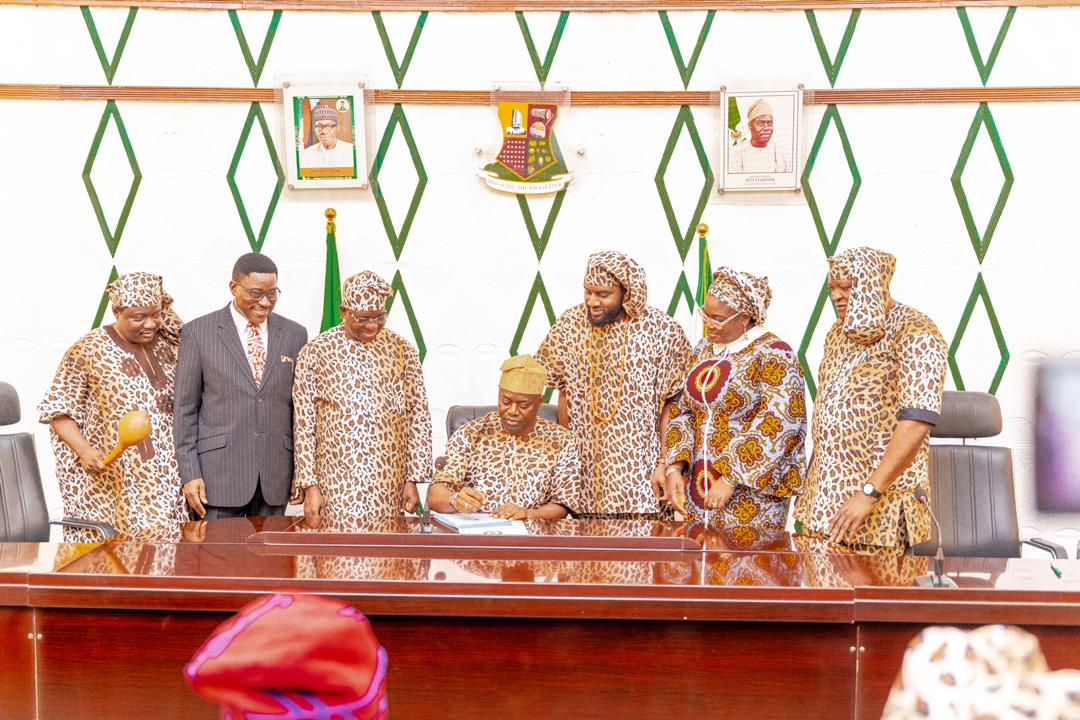 The governor signed the bill into law on Tuesday (Today) at the executive chamber of the governor’s office, secretariat, Ibadan and stated that the law will not only improve the security in the state but also improve confidence in the minds of investors that would desire to make the state their investment destination.

Governor Makinde while delivering his brief address shortly after assenting to the bill reiterated his administration’s commitment to security of lives and properties in the state.

The Oyo state house of assembly has penultimate week passed the bill into law during its last plenary awaiting the governor’s assent before it could become operational in the state.

The governor stated that the Amotekun law is in force in Oyo state noting that it has been a long journey so far but the journey was worth the while.

Governor Makinde urged criminally minded ones to stay away from Oyo state and the entire south west region stressing that the arm of the law will catch up with anyone who is found culpable noting that there was nothing to fear as the law is only targeted at criminals and criminally minded persons.