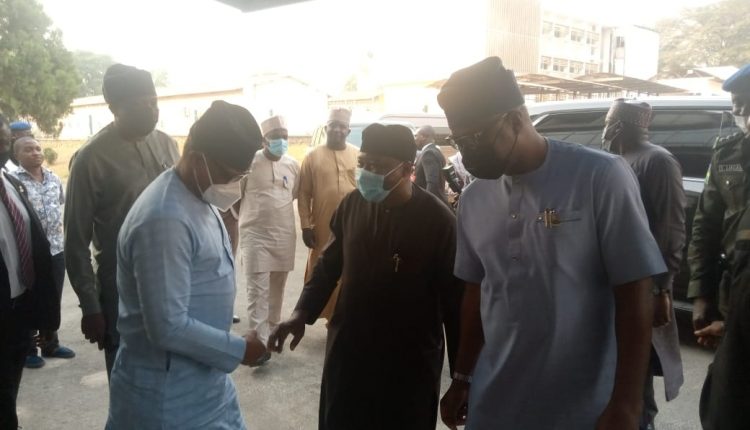 Fintiri, who arrived Makinde’s office at about 5:31pm on Wednesday (today) was led by Makinde to sign the condolence register opened at the governor’s office for the late former governor, Otunba Alao Akala.

The duo headed straight to the governor’s office and held a brief talk before stepping outside together.

Speaking with journalists shortly after their meeting, Fintiri briefed journalists that his mission to the state was to visit Makinde whom he described as his brother and to commission a road project billed for tomorrow Thursday.

“I’ve come to visit my friend and a brother who is doing a wonderful things he has been doing for the people of Oyo and to commission one of the longest roads he constructed within the last two and half years.” Fintiri said.

Speaking on ways of his state’s mutual collaboration and benefits with Oyo, Fintiri said Adamawa has been collaborating with Oyo state in the area of agriculture and education adding that his state will look for ways to improve on the existing relationship between the two states.