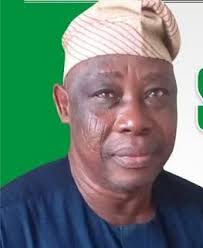 The former Attorney General and ADC Oyo North Senatorial Candidate in the 2019 general elections received his appointment letter on Wednesday, Feb 19 at the office of the governor, state secretariat, Ibadan.

Oyo state PDP publicity secretary, Engr Akeem Olatunji who confirmed the new development expressed confidence in the wealth of the astute legal luminary to proffer solution to the housing challenges in the state.

He lauded governor Makinde for his proactive approach to governance and appointments of vast and experienced professionals into critical positions in his drive to make life more comfortable for both the wealthy and the low income earners in the state.