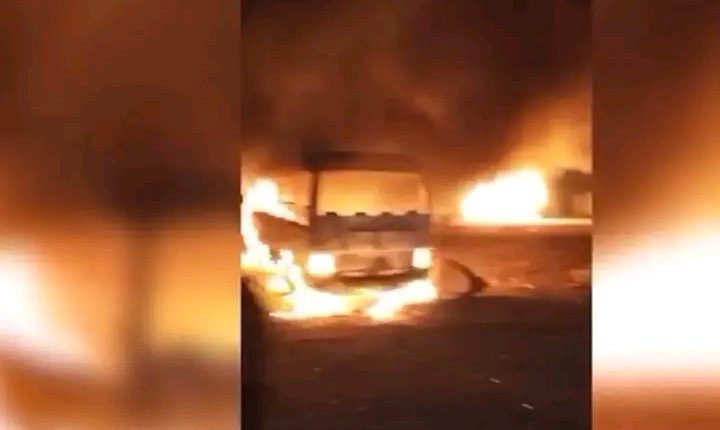 ‘Soldiers Of Caliphate’ In Action

SaharaReporters on Tuesday reported that the facility was under attack by gunmen.
According to one of the sources, the terrorists invaded the facility around 9:05 pm and operated till 1:30 am on Wednesday morning.

He added that over 800 inmates including terrorists escaped during the attack by gunmen.

ISWAP in a video released on Wednesday claimed responsibility for the attack.

In the video, the terrorist sect showed some of its men shooting their way into the facility.

The claim comes a few days after ISWAP said its fighters killed a policeman in Suleja, Niger State.

Suleja is less than 20 kilometres away from the Federal Capital Territory, Abuja.

According to the group, the attack was carried out by “soldiers of the caliphate” with automatic weapons.