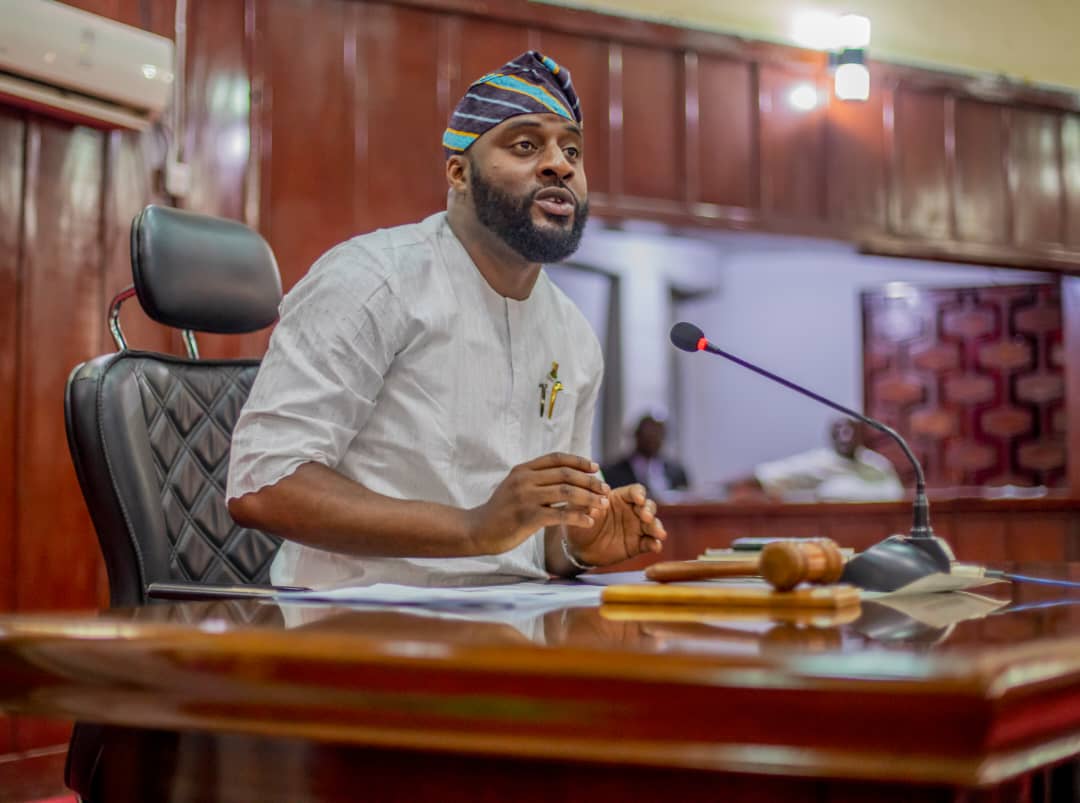 The Speaker, Oyo State House of Assembly has reacted to the allegations of N1billion (one billion
naira) Oyo state assembly lawmakers official car purchase contact fraud which was reported over the weekend in some section of the news.

According to Sahara reporters a close source to the assembly had confirmed to the news medium about purported arrest of some undisclosed Oyo State Assembly lawmakers by the Economic and Financial Crimes Commission (EFCC) over allegations of N1 billion purchase of refurbished cars for state lawmakers.

According to a press release from the office of the Oyo Assembly Speaker, Adebo Ogundoyin stated that the 9th Assembly has nothing to hide vis-a-vis the petition before the EFCC by a former Prosecutor with Special Presidential Panel on Recovery of Public Property, Tosin Ojaomo over cars purchase contract awarded by the House.

Ogundoyin maintained that it was not out of place for officials of the EFCC to question the leadership of the House in such regard.

According to Sahara reporters July 4 report, Oyo State lawmakers who were involved in the purchase were arrested for questioning around 8am on Thursday and eventually released around 7pm of the same day.

However, according to the petition dated December 7, 2020, the contract which was executed by a firm (name withheld) was for the procurement of 33 units of 2019 model Toyota Camry cars for the House of Assembly members and the Clerk at a cost of N759 million as well as two Toyota Hilux Pick-up Vans for the Speaker, Ogundoyin, at the cost of N40 million.

According to the petition, two Toyota Prado Land Cruiser SUVs valued at N106 million were also procured for the Deputy Speaker, Abiodun Fadeyi as well as Ogundoyin’s backup vehicles.

Ojaomo in his petition alleged that the contract was for the supply of brand new cars but noted that refurbished cars with already wiped off mileage were supplied instead adding that the alleged fraud was discovered when some of the cars supplied by the contractor started developing mechanical and electrical faults just few days after delivery to the lawmakers.

Following the petition by Ojaomo, the EFCC allegedly arrested some lawmakers in connection with the alleged fraud including the Speaker, Adebo Ogundoyin.

Ogundoyin in his reaction to the purported arrest report debunked the story saying that it was the Clerk of the House who was invited by the state anti-graft commission who the Deputy stood in for alongside other Directors.

” It was true that the EFCC invited the Clerk but her Deputy stood in for her , the Director of Administration and Supplies and the Director of Finance and Accounts last Week Thursday and they responded accordingly. To me, this is in continuation of their investigation on the petition. We are fully cooperating with the Anti-graft Agency and we will never hinder, disturb nor undermine the work of the commission. The 9th Oyo Assembly passed the Anti-graft Agency Bill and this led to the Agency being domiciled in the State.

” I am ready to visit the EFCC if invited. As the Speaker, I will surely answer any question relating to the Contract. We followed due process in the purchase of the Vehicles in line with the laid down procedures. We have since taken the petition in good faith. The petition is a strength to democracy. It is not strange to us as democrats who take transparency and accountability as our watchwords. We were transparent and we will continue to be” The Speaker said

According to him, quotations were received from three companies for the supply of the vehicles and the most satisfying amongst them was awarded the contract.

He stressed that the House will remain focused, undaunted and undistracted despite the smear campaign embarked upon by some paid elements within and outside the House of Assembly.

” Let me say that among the Houses of Assembly in Nigeria, Oyo State House of Assembly spent the lowest amount on purchasing cars for its members despite our large number. The vehicles supplied were of good quality and they are being enjoyed by our Lawmakers. This whole thing is giving me more drive and will. We will not relent until our people enjoy good government. At the House, we will make more laws that will more direct impact on the people of the State, ” Ogundoyin said.

WHEN DEFECTIONS AMOUNTS TO STEALING By George Kushi