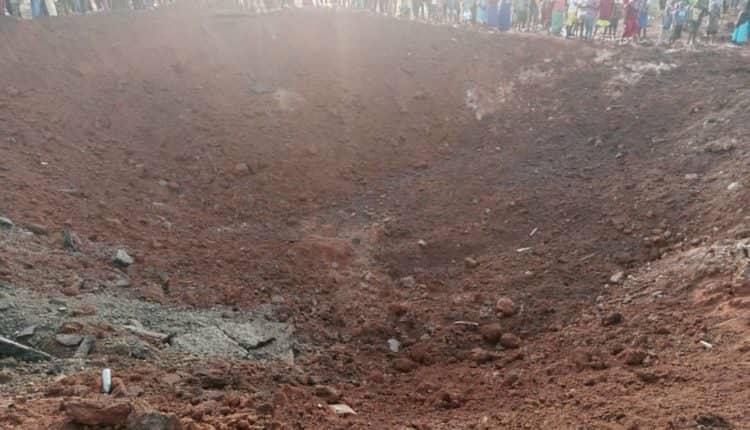 BREAKING: Amidst Battle Against Coronavirus, Another Bomb Explosion Rocks Akure

No fewer than 100 residential buildings, school, churches were destroyed by an explosion suspected to be bomb blast in Akure, the Ondo State capital, on Saturday morning

The blast which occurred in the early hours of Saturday cut off the ever-busy Akure /Owo road while many people were said to be injured.

The explosion which happened less than a kilometre to Akure Airport, affected many residents of Eleyowo community, destroying completely a church and a school in the area.

Many people who lived within the church premises were said to be injured while some were rescued by the people of the community. The school with boarding facilities was destroyed beyond repair with roofs of all the buildings blown off.

The spot at which the bomb or blast happened cut off the road, hindering vehicular movement.

Coronavirus: US Government Ask Medical Professionals To Reach Out For Work Visas