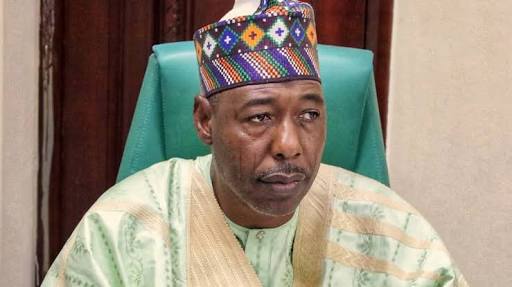 Following the unfortunate attack on the convoy of Borno state governor by the Boko Haram group, the Armed Forces of Nigeria has denied claim from governor Zulum’s camp that 30 people died claiming that only 18 and not 30 persons died in the ambush.

This was disclosed in a statement by coordinator Defence Media Operations, Major General John Enenche. According to him, only 10 policemen, four soldiers and four civilians were killed in the ambush at Barwati village.

He said the victims were killed by explosion from the multiple Improvised Explosive Devices (IEDs) planted on the road by the terrorists. “The convoy of the Borno State Civilians Relocation Committee comprising Armed Forces of Nigeria, Nigeria Police Force and Civilian Joint Task Force was ambushed by members of the BHT/ISWAP at Barwati village on 25 of September 2020.

“The attack/ambush was however successfully repelled by the gallant troops. Sadly, a total of 18 lives including 4 soldiers, 10 Policemen and 4 civilians were lost during the sad incident”. “Troops on hot pursuit of the insurgents successfully recovered 3 vehicles.

“Two of the vehicles belonging to the Nigeria Police that were earlier carted away by the terrorists during the attack. Similarly, one BHT gun truck was also captured.

“The casualties recorded were as a result of the explosion from the multiple Improvised Explosive Devices (IEDs) planted on the road by the terrorists.

“The Nigerian Army has since deployed bomb and IED disposal teams to ensure effective route scanning and clearance to forestall future occurrence.”

Recall that Sunrisebulletin.com had previously reported that Governor Zulum was attacked again by terrorists near the town of Baga in Borno.

It was reported that Zulum escaped death after his convoy was ambushed on Friday, September 25, by Jihadist insurgents loyal to the IS-affiliated Islamic State West Africa Province (ISWAP) group.

The militants opened fire at the convoy closed to the headquarters of the Multinational Joint Task Force consisting of troops from Nigeria, Niger, Chad and Cameroon.