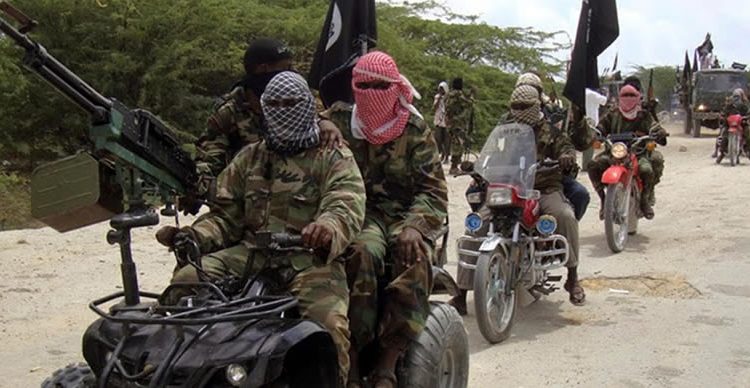 Thirty-five fighters of the Islamic State of West African Province were killed by Boko Haram in a fierce battle between the two rival terror groups that resulted in the dislodgement of ISWAP from two of its Lake Chad region enclaves.

In a chat with The PUNCH in Maiduguri on Sunday, January 8, a reliable source said the clash took place on Saturday.

He continued that the clash followed a series of intensive attacks by Boko Haram combatants led by five of the group’s commanders, most notably Abu Umaimah, on the ISWAP strongholds.

In the attacks, which began in the Lake Chad island of Toumbun Gini, Boko Haram also seized a large number of weapons from the ISWAP fighters while chasing them out of their enclaves.

Boko Haram had in recent weeks, also inflicted heavy casualties in the camps of ISWAP in the Sambisa forest and the Lake Chad region, forcing ISWAP to adopt a defensive strategy in its clashes with Boko.

Another reliable source said that the sustained attacks by Boko Haram necessitated high-profile ISWAP leaders to hold a meeting at Tumbun Murhu to discuss the inability of the group to carry out major attacks during the Yuletide as earlier planned.

The inability, according to the sources, was caused by the clashes and attacks on its camps by Boko Haram.

The two sources added, “ISWAP has now resolved to carry out a series of attacks on Boko Haram strongholds in the Lake Chad and Sambisa forest axis.”

However, The PUNCH could not immediately obtain comments from the Operation Hadin Kai Theater Command due to the recent replacement of the Theater Commander, Maj. Gen. Christopher Musa, in a recent mass transfer of officers by the Nigerian Army authorities.