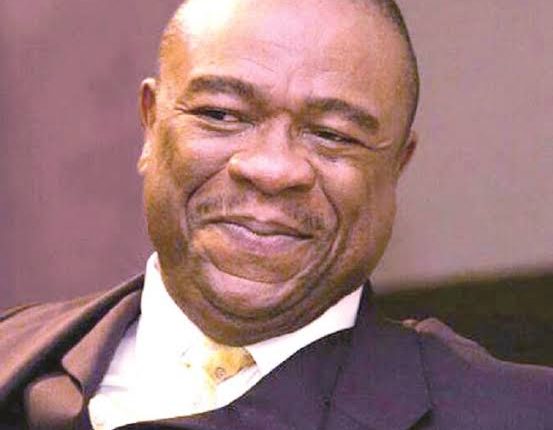 Adeleke described Ayorinde as a legal Juggernaut saying that he has not only served his state and country in different capacities meritoriously but has also etched his name in the sands of time.

The Oyo State Governor’s aide made made this disclosure in a congratulatory statement he personally signed and made available to Sunrisebulletin.com on Thursday October 21.

Adeleke explained that Chief Ayorinde SAN, has made the nation proud in his legal profession treading that younger generation has a lot to learn in the life of the legal luminary which he described as one of the strong force in the Nigerian judiciary.

“On behalf of my family and myself, I wish Chief Mobolaji Olukayode Ayorinde, SAN, FCArb, OFR, Special Counsel, to His Excellency, The Executive Governor of Oyo State, a most hearty and blessed Birthday.

“You are a leader of the pack, an exceptional Achiever, a legal luminary, a gladiator and Juggernaut of the legal profession and a man who has etched his name on the sands of time.

“You have dared to walk where men feared to tread and emerge like a shinning star.

“Having served at both state and national levels and performed excellently well, you have proven your commitment to our dear nation, Nigeria.

“Having hailed from Oho Compound at Oke Foko in Ibadan with his Ancestral home in Ajimajasan Village Bode-Igbo at Ido Local Government.

“Ayorinde SAN, attended basic, Primary and Secondary schools in Oyo State after which he proceeded to University College Buckland, Oxfordshire England, United Kingdom for his university education where he obtained the University of Oxford, G. C. E Certificate [Law] Intermediate LLB) in 1983.

“He attended the prestigious Holborn Law Tutors, Roupell Street, London for his University of London, Bachelor of Laws LLB Hons Degree Certificate and graduated in 1985.

“Ayorinde is founder and Principal Partner of B. Ayorinde & Co (Legal Practitioners and Notaries Public) now BA LAW LLP with offices in Lagos, Abuja and Ibadan and was appointed Notary Public for Nigeria on the 25th of November, 1994 under the Notaries Public Act Cap 331 by Honourable Justice Mohammed Bello G. C. O. N. former Chief Justice of Nigeria.

“This commenced a life of public service to his fatherland which he served and is still serving with good diligence.

“In 2005 Ayorinde was elevated to the prestigious rank of SENIOR ADVOCATE of NIGERIA (SAN) on 26th September, 2005.

“We are indeed proud of you, our most illustrious son, brother and friend.
On this glorious day that the Almighty chose to bless Oyo State and Nigeria with your birth into our world.

“I pray that God keeps you in good health always and showers more blessings, prosperity and long life.