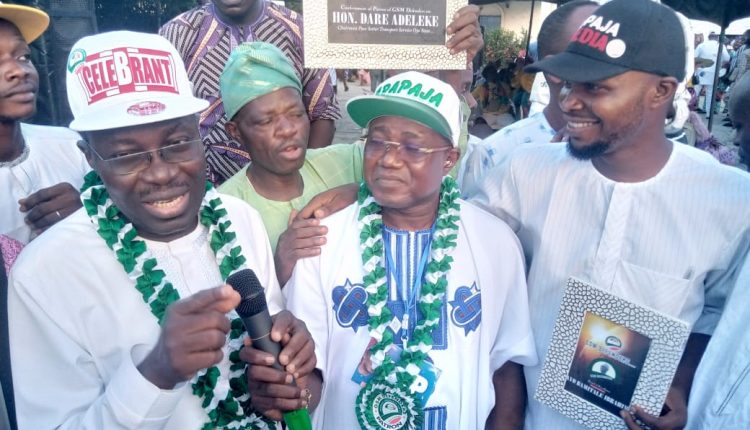 The People’s Democratic Party (PDP) National Vice Chairman (South) Ambassador Taofeeq Arapaja, has expressed his heartfelt appreciation to God and the people of Oyo state especially members of the PDP political family on the occasion of his 63rd birthday.

The former Deputy Governor of Oyo state, Nigeria Ambassador to the Republic of Jordan who could not contain his joy described the state Governor, Seyi Makinde as a man of his word and rewarder of loyalty.

Speaking exclusively with Sunrisebulletin.com on Saturday November 13 at his Felele, Ibadan residence, Arapaja noted that since the day the Governor told told him he would become the National Vice Chairman of the PDP, he had nothing to be bothered about adding that Makinde took care of everything from start to finish. 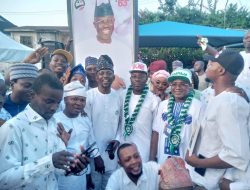 Arapaja added that Seyi Makinde is not a politician with too many words stressing that the Governor is a rewarder of loyalty no matter what or how long it takes.

“I feel elated, I feel honored. All praises belong to Almighty God because He is the owner of power and it is from Him that all powers flow.

“I also have to thank our people most especially the leader of our great party in the south west and Nigeria, Engr Oluwaseyi Abiodun Makinde for his support and assistance for the believe he has in God through me.

“I really thank him because if you’re destined to be anything in life God will not come down from heaven, he will use somebody. In two important occasions God has used our Governor, Engr Seyi Makinde for me.

“From the day he said this is going to happen I didn’t have to do anything because this is a man that once he tells you he will do something you just go and sleep because he will do it but also take care of everything. Ambassador Arapaja said. 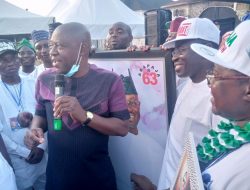 He added that the PDP is fully ready to take over power from the ruling party come 2023 noting that Nigerians have tested both PDP and the ruling party and have seen the clear difference in terms of delivery and purposeful leadership.

“I can assure you that come 2023 it is no longer about PDP as the only alternative party to the ruling party but about Nigerians home and abroad now on a mission to save Nigeria for Nigerians from the directionless ruling party that has made Nigeria a laughing stock among comity of nations.” Ambassador Arapaja added.

He however, urged the people of the state to continue to support the Governor Makinde and his administration describing the Governor as the Moses who was sent by God to liberate the Israelites from the hands of their oppressors.

The group also honoured the Executive Chairman of Oyo Pacesetter Transport Service (PTS), Mr Dare Adeleke for his resilience and commitment to advocating good governance and defending the Seyi Makinde led administration from what was described as political detractors.

Leader of the group in Oyo state Engr Akeem Olatunji who is also the Publicity Secretary of PDP in Oyo state, said the honours were bestowed on the recipients following their immeasurable contributions to the PDP.

Olatunji maintained that the choice of Ambassador Arapaja and Adeleke for the honours followed keen scruity by a special committee set up by the GSM/PDP Defenders adding that the duo are worthy ambassadors of the PDP in Oyo state and Nigeria as a whole.

“What we are doing today is simply giving honour to whom it is due and by extension tasking them to do even more because the PDP and Nigerians are already on a mission to rescue Nigeria from this clueless ruling party.

“And in order to achieve the goal come 2023 we must continue to appreciate our leaders who have distinguished and dedicated themselves selflessly to the service of our great party by defending good governance under our pragmatic and God sent man, our own Mr talk and do Governor, Engr Seyi Makinde and ensuring that oppositions and detractors are consistently being put in checks.

“This honours are well deserved and it our little way of reaffirming our trust and confidence in the recipients of the honours, our very own Ambassador Taofeeq Arapaja and Mr Dare Adeleke. We believe these will motivate them to rededicate themselves to the advocacy of good governance and the Seyi Makinde-led Government, and the PDP in general.” Olatunji said.

In his remark, Dare Adeleke described Ambassador Arapaja as a man of destiny with great virtues worthy of emulation. He described the former deputy governor as a loyal patriot with immeasurable passion for the development of Oyo state.

“Talk of a man of destiny talk of Ambassador Arapaja. He is a man of great virtues, a thorough bred politician, a loyal patriot and a leader of leaders worthy emulation.

“As our leader and particularly my leader, Ambassador Arapaja is a man with great intelligence and most importantly native intelligence which makes his style of and approch to politics a very appealing and interesting one worthy of emulation.” Adeleke stated.

Members of the PDP from different states in the south west zone including Ekiti, Osun, and Ondo were in Ibadan to grace the event in honour of Arapaja who until his emergence as the PDP National Vice Chairman (South) was the party’s South West Zonal Chairman.

Highlight of the event was the presentations of special portraits to recipients of the honours of Grand Patron and Patron of GSM/PDP Defenders, Ambassador Arapaja and Dare Adeleke which was done by a popular radio host and On Air Personality, Isaac Brown, the Mayor.