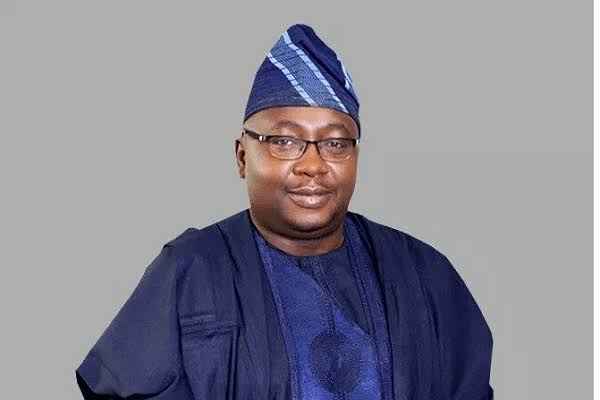 There is no doubt or gainsaying that the All Progressive Congress (APC) either by hook or crook has been able to muscle up political dexterity and energy to wrestle power from the Peoples Democratic Party (PDP) thereby breaking the political monopoly the latter once enjoyed for 16 uninterrupted years, and commanding the bragging right as the largest political party in Africa.

One very important factor that must be given to the PDP despite all its shortcomings is its grooming and nurturing of future leaders which was evident in Ekiti state with Ago Fayose, Cross River with Donald Duke, Plateau state with Joshua Dariye, etc. considering the youthful age bracket of all aforementioned governors when they held power in their various states.

My focus is not on PDP but on APC because against all odds, a barely one year old party was able to wrestle power from the then PDP led federal government and this is by no means a mean feat either by popular vote or otherwise is left in the hands of political analysts to dissect.

Coming to Oyo state, it was easy for ex governor, late Senator Abiola Ajimobi to emerge governor as first beneficiary of the amalgam that birthed APC in Oyo state, and either by party constitutional provisions, self imposition or by proxy, the former governor emerged leader of APC in Oyo state.

But if the now opposition party in Oyo state emerged as a result of popularity not peoples sheer quest for change of government regardless of alternative option, then it is only logical to think that such party should still be politically relevant by general acceptance not by federal influence.

The statement credited to the former Central Bank Deputy Governor and APC flag bearer at the 2019 governorship election in Oyo state, Chief Adebayo Adelabu popularly called ‘Penkelemes’, a nickname coined after his grandfather, was more comical than real.

Following preparation for who to take over reins of governance from former governor Ajimobi, the APC became enmeshed in what many described as a political mess which led to disunity and eventual loss of the party at the election.

The disunity in Oyo APC prior to the 2019 guber poll was so messy as non of the governorship aspirants which include Tegbe as the main rival contender on the party’s platform was not ready to step down for another until the timely intervention of ‘Jagaban’ Senator Bola Tinubu before the situation was led to ‘unappealing rest’.

Considering all the factor that played out any sound minded political watcher or analyst would expect Chief Bayo Adelabu to have fully reconciled all the factors that played out in 2019 considering the fact that the supposed political rallying figure at the time, Sen Ajimobi is no more, before going public with any bold and categorical statement of dislodging a serving governor who has continued to enjoy popular acceptance by the people.

Oyo APC seems to be in her dark days, and political recession seems to be looming over the supposedly booming and thriving political party following its acclaimed successful reconciliation of aggrieved members.

The uncautioned and unresolved chaos within the party has started tainting its public outlook and image.

It is by now, no longer news to all, that the party’s candidate in Edo state (Osagie Ize-Iyamu) lost in the just concluded gubernatorial election to the People’s Democratic Party candidate (Godwin Obaseki), which has gone a long way in telling us how the mighty are fallen and the withering stance of the party as a whole.

Although, the above instance is not enough to say the party is at the trough of its days, it is however, results of the happenings within the party similar to Oyo state prior to 2019 governorship election and peoples choice.

Take into the consideration the crisis the party has been experiencing in Oyo state since the administration of the late ex-governor, Late Senator Ajumobi.

However, the party has just been thrown into another brouhaha as the Ekiti governor, Governor Fayemi was reportedly charged with party sabotage. He was allegedly caught supporting the opposition party in different cases.

Again, he was alleged to have housed the Edo PDP governor-elect, Godwin Obaseki, during the just concluded Edo election campaign. Due to this, he was suspended for act of anti-party support and participation, Before the news got to the peak of the day, APC National Headquarters debunked the news which obviously made the public know that the party is not united across various states.

As if all these were not enough, after a meeting reportedly held recently in Fayemi’s house; reports has it that Alao Akala is now the party leader in Oyo state.

However, top party members have come out to debunk veracity of the news and said the party has not concluded on who its leader will be.

The question is, is it that the party is divided as to who its leader should be in the state? Or did Alao Akala imposed himself on APC in the state?

This brief, stated above amidst other crisis within the state has shown to us that the party is in discord and disunity already. The disparity and lack of unity and cohesion within the party for a long time has shown to us how incompetent they’ve proven to be in term of success management.

For a crisis that has lasted for years to still be an object of debate till now, tells us how uncoordinated and divided the party is specially as the party has been bragging and promising as to how to dislodge the present administration in Oyo state come 2023, despite still having issues to just pick a party leader.

It is a laughable assumption to think such an uncoordinated party will dream of taking over governance while having an unsettled house.

I will advise they follow the adage that says “before you interfere in external affairs, be sure your house is settled”. As said by Chief Bayo Adelabu, that APC is more than ready to send Governor Seyi Makinde home in 2023, the party should instead be better focused on having a more united party in one accord and gaining the loyalty of her party members not to even mention the state citizens who are not seemingly ready to hear anything they have to offer at least for now.

As the sweet and smooth government of the present administration of Gov Seyi Makinde has already overwhelm the Oyo state citizens from whatever flimsy promise the uncoordinated opposition might want to offer come 2023.

In my opinion, I feel the disunity and discord within the party has made Fayemi’s true intention known. It is either that he’s not a loyal party member or he is beginning to have plans to leave the party for opposition party.

Before the APC come forward to talk about dislodging, overtaking or hijacking anything from Makinde; my candid advise is that they take care of their internal issues, be properly reconciled and be sure they have a better plan than the good governance the oyo state are enjoying already.

The time that could be wasted on political campaigns, strategy and plans, should be channeled to party settlement and reconciliation. With the party’s present condition, it will be a misplaced priority for the party to ignore their internal division while anxiously craving for Power in Oyo state come 2023.

A party not internally united cannot be handed the governance of a whole state. So, APC should sit down, set their house straight and learn from the present administration what the True Dividend of democracy actually means. Or, do they have plans to turn Oyo state into what the party is?

that in reality, it seems the only thing holding APC together as a party is just Buhari, to me once this term is over the party is likely goin to end, PDP should expect more decamping except APC in Oyo state fix up itself.